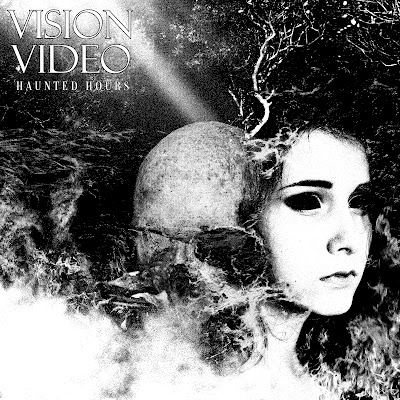 This Athens Ga post-punk band likes to dress up for Halloween and pretend they are a goth band. They are catchy and melodic so I am not complaining in many ways they remind me of the Twilight Sad, so I am fine with that, but you should go into this with reasonable expectations regarding to what is going on here. They are huge fans of the 80s as heard on "Cruel Commodity".  It reminds me a little of Merchandise in the singer's casual croon. "Haunted Hours" is pretty catchy and works off being musically more upbeat than the lyrics. Things get more tense on "Death in a Hallway". The drums get more driving and the rest of the band launches into their instruments with a greater sense of urgency.

They bust out a pretty respectable cover of Joy Division's "Transmission".  "Promises" is such a strong song that I had to check and see if this was also a long lost 80s cover, and the original was slipping my mind, but that is not the case, they are just that good. There is more of a Cure like feel to guitar on this one. This album is really well produced as it pays attention to the retro feel they are trying to capture, with still putting all the instruments in a clear focus in the mix. They float further down the dark dreamy path hinted at on the previous song, with melodies that wink in the general direction of Robert Smith. There is a romantic mourning to it.

"Nothing Changes" finds the pace picking up as they find hope in the melancholy trappings framed around the song. Things get progressively darker in the albums third act as "Burn It Down" is more morse than the previous song. But the leave the darkest brooding for the simmer shadows that make up "End of Days". It hits that sweet spot that even with the glimmer of hope in his croon it is still sonically dark enough to feel emotionally heavy.I will give this album a 10 and see how it grows on me, so far all the songs connect, but the key is how much staying power, will it have, I did buy this album off their Bandcamp which is high praise in and of itself.