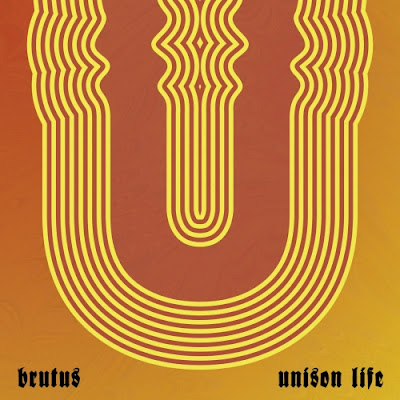 Thankfully this Belgian band is back. I was a big fan of their last album. This time around they are leaning more into the atmosphere and when they do decide to kick into things on "Brave" there is a bigger more rock like sound. A Bjork like quality still lingers in her voice. They pick up momentum, blending melody with the ringing echo of the guitar. It is hard to define what they are doing here genre wise which speaks to the unique nature of their sound. It is almost more shoe gazing. Not really as much hard-core punch. There song writing has matured as heard on "Victoria". The pulse of the song is more urgent, but almost hooky. They jangle along with more of a indie rock feel at times.

"What Have We Done" might be the album's best song as it is so emotionally explosive. In a way that feels real. You can tell when they are not faking this sort of thing. "Dust" is a more punk like charge forward with a great deal of drive and kinetic energy. The atmospheric tension of the guitars is not unlike something Deafheaven might have done at one time. "Liar" is also pretty driven, though more melodic than the previous song. This balance is also felt in her vocal delivery which carries at little growl around the delicate edges. The interplay of the drums and bass is pretty impressive.  "Chainlife" was a song I had to give another listen to in order to fully digest. It first sounded like it could have been a break down coming off the previous song. It is more deliberate in its pacing and thicker in the ambiance. These arrangements and their dynamic pay offs make a lot of sense when you consider the singer is also the drummer.

If AC/DC had been an indie rock band in the earliy 2000s, then the riff to "Hell's Bells" might sound more like the guitar to "Storm". This song finds her drumming has really stepped up. The drums to " Dreamlife" are punk manic, while the rest of the band is soaring off into the atmospheric collage of sound they have woven.  Perhaps gaze-core, is the sub-genre that best suits them these days, as this album goes off into its own star filled place in the sky.  They get frantically blasty building up the last song, though the guitar makes things interesting along the way to balance out when she gets too caught up in the moment. I will give this album a 9.5, as it's an improvement over how much the previously impressed me with the previous album and cements them as a creative force to stand shoulder to shoulder with any band in this scope of sonic heaviness.