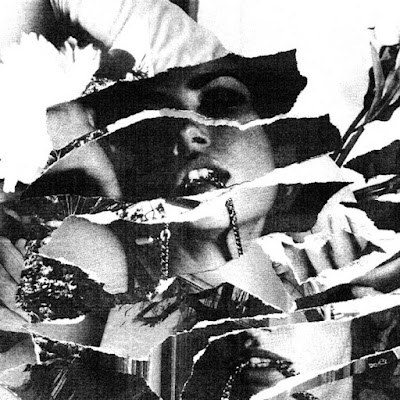 This is the first new wave of dark wave bands I am dipping into. What my expectations this month are going to be are as follows... I do not want a band that is just on a Drab Majesty band wagon or trying to recycle anyone. Granted there is great deal of staying true to the classics, but not as the risk of forsaking your own identity as an artist and just being a tribute band. Which is the vibe I am getting from the first two songs from this band. When the chick signs it switches things up more, though the fact they are from LA says a great delas the entire city is pretty much a bandwagon. The male half of this duo sings, he rides the line between not being able to sing and just keeping a low monotone croak.

They have a more electronic pulse on "Broken Home". Synths are the dominate factor. This might work more effectively if he had more depth as a singer. After all Depeche Mode can pull this off. The lyrics are kept at more of murmur. With a few words standing out. They are more focused on recreating this Batcave sound, that they become so proud when they nailed it, they did not deviate from said sound, thus giving things a very uniform feel. The stiff bass lines work at times, but there needs to be more groove and soul.  The guitar that surfaces on "the Other Side" is a much-needed change of sonic color, though his vocals do not help them change things up as the guy is a one trick pony.

"Nothing Ever Changes" must be about his singing style, as the musical back drop he is moaning over, is more upbeat. The drum machine begins to become another squeaky wheel at this point as it sounds like they just let the preset play out. The bass line dominating another song is their attempt at crossing over into a more post-punk sound, but it is more of the same. If you are playing this kind of music and boring me there is a huge problem as I am your target demographic. I left the room, and the last track was playing, and I thought it was till the previous song which sums up my thoughts on this album. I will give it a 6.5.