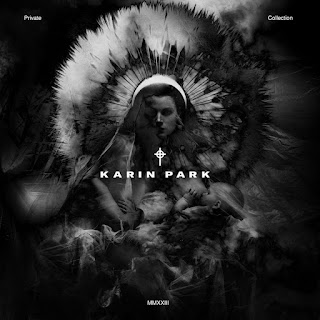 I have been a fan of Park's earlier pop album and kept an open ear toward the work she has done since. I do not normally review collections, but these are songs she has re-envisioned and decided to record again with new arrangements that lay her vocals bear with only a piano or organ accompanying her.  She has a great deal of integrity as an artist to embark upon making an album like this when given today's current pop landscape we have artists when two dozen producers and another dozen songwriters helping them create product for Tik Tok, with not true artistry.

The dramatically stripped-down minimalist approach does high light here voice. For the first two songs this formula works really well and showcases a richness to her voice I had now notice before and propels the tracks on raw talent.  "Bending Albert's Law' begins to remind me a little of Kate Bush. Which is a compliment in and of itself, though the song itself is not as compelling to me as the first two. "Tokyo by Night" has Kjetil from Arabrot landing his voice. The adds a darker tension to things. The synth pulse also creates a more dynamic range of sound. If Fever Ray made a folk album, I think it would hold a similar urgency. There is a sultrier torch song swagger to "Blue Roses". I would expect this more for Nora Jones, but Park does it well.

The smoky lounge balladry continues with "Shine". This is the first track where I still hear the skeleton of the original. 'Give" shows off her pipes which goes a long way with me, but the arrangement is not as compelling as some of the others we have heard. The more stripped-down feel works more like a remix of the pop song "Look What You've Done". The last song sets her up as Norway's answers to Sinead O Conner. I will give this album a 9. Not what I would listen to as much as one of her pop albums, but it is a bold artistic statement that asserts herself as a singer on her own terms.