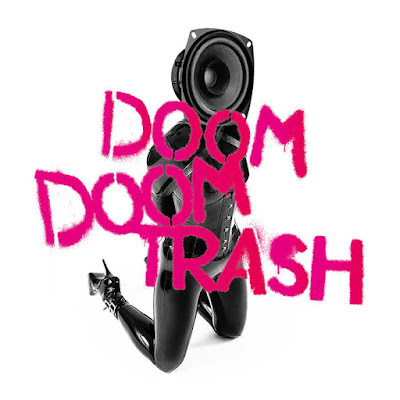 In prowling the dark corners of the inner webs to find the best of the darkest, I have looked even on people's playlists, and searched names I did not recognize to see if there was someone who might have eluded my radar. Such is the case with this darkwave duo out of London. When it comes to the cities, you might expect the best of the darkest music to come from London would be at the top of the list.  This ep came out in March, but half the reason I devote October to goth is to catch up on what might have missed out on earlier in the year.

"Run" is one of the best constructed songs, in terms of both the beats, and the thought given to the lyrics which give the genre can just become the most disposable part of these songs. It is driving enough to keep things moving on the dance floor but carries the menace of Halloween in its veins. "Vile" retains more sex appeal than menace in its groove. The vocals move at more of a purr. Androgynous is a word used to describe them on many occasions and I can see where they were coming from with that though do not think it is the marketing keyword, they might want it to be in terms of what best summarizes their sound.

The more electronic propulsion of the title track finds the bpms overpowering their more subtle songwriting sensibilities. It blends in more with the kind of faceless pulse that gets obscured by the smoke machine of most goth clubs. The vocals that are present lay low in the mix.  There is more conviction in the croon of the chorus. I am a little more intrigued by the dark and steamy closing track follow me that slithers in its atmosphere more. I will give this one a 9.5, as it generally blends the beats with vocals focused on making songs .