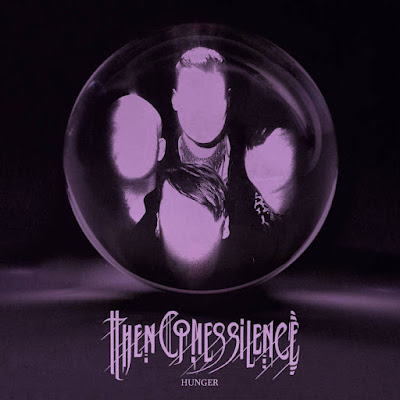 This Swedish band bring an industrial strength rock to the table with enough gothic pageantry to satisfy most. There are less aspirations to stalk the Sunset Strip than their Finnish counterparts 69 Eyes. Synths play a much larger roles in the driving crunch of their sound.  Sonically they share a great deal of common ground in the vocal department, with the Alex Svenson, sounding like a cross between Billy Idol and Iggy Pop. Two songs in and he has yet to power out the kind belted growl that Idol is capable of. We pretty much just get his baritone croon. Their formula seems to work of milking the chorus for every bit of hook they can muster from it.

There is a melodic catchiness to the more dialed back rock of "Cold from Inside".  "Worm" falls into more of an Iggy Pop like take on post-punk. The pulse of "Chain" is more compelling, but the vocals fail to prove they are more than a one trick pony.  They go for another more punk tinged guitar focused number with "Weird Gets Strange". I like how the female vocals double up the lead vocals, but with the lead vocals had more range or power.  They are beginning to give the songs to uniform of a feel. I like the lyrics to "Days and Years", which has a new wave feel, but the vocals continue to stagnate these songs. Not to the point of it being a deal breaker, but I can feel the tedium setting it.

They get closer to 69 Eyes neighborhood with "Blood Runs Cold".  The guitars to "Pretty Creatures" are more dynamic, but this one picks up where the previous song left off. They have catchy song and are working off of sounds I like, which are typical in goth music, so I am their target audience. At just under six minutes "Close Shot" is the album's longest song. The last song sounds like Dollar Store Fields of the Nephilim. I will give this album an 8, it works for what it is, if you have a high tolerance for less than dynamic vocals, this might work better for you but even in its current state if you like middle of the road goth rock, then you will dig this.

link to band camp below...

Hunger by THEN COMES SILENCE