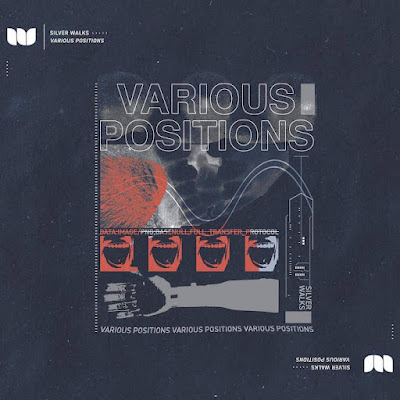 Finally, another industrial project that does not try to be the too cool for school blend pf retro Skinny Puppy and Front 242 and embraces the more alternative rock side of the 90s that bands like Nine Inch Nails, Filter and Stabbing Westward existed in. Based out of Philly this is not as guitar driven as the 90s bands, but aggressive in other ways and no shortage of hard-hitting groove. This album came out in June, so sadly up until now this debut has been met with little buzz.  There is more of an electronic feel to the second song that finds female vocals employed. This creates a different feel than what you might expect from industrial and steers it toward the zip code of say My Life with the Thrill Kill Kult.

"Eyes of Caligula" finds them back into the more stomping vein of your more standard make and model industrial. Not as polished as most bands doing this sort of thing in 2022, it plays to their favor as this sounds like it could bea long lost album from the 90s. Sometimes this does play against them like on "Albatross" which is less focused and more of a sonic mess. The instrumental "Rose in a blood red field" has a cool melody comprised of interesting sounds, but not sure if it is as fully fleshed out as it could be.  Eva X lends her impressive purr to "Tear Me Down". She pours her voice over the steamy beats very effectively.

"in consequence" is a balance of atmospheric grooves and angsty sometimes shouted vocals that pretty much helps define industrial music. These elements have been well captured here. Not the catchiest song on the album, but it works for what it is."mirrortowne" works off a similar dynamic though it might be creepier in its mood. I will give this album an 8.5, there is a great deal of potential here and I like where he is coming from. Some great moments, all are inspired if not totally fleshed out. It is good hearing industrial coming from this place.