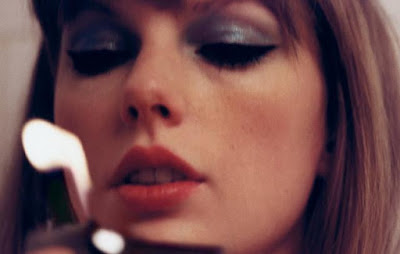 Imagine a pop album not overrun by an assembly line of producers and outside songwriters. Taylor has got you covered with that. Having started off as a musician and song writer before fully wading into the pop waters, she has an advantage over her peers who she shares the radio waves.  She opens the album with slick and smooth pop that has more substance than the rest of the shit kids are dancing to on Tik Tok these days. More introspective and less booty shaking than "Reputation". There is something familiar about "Maroon" yet new enough that it doesn't feel like she is recycling her songs. She has perfected melodies that move around grooves and sings in odd timing just right.  "Anti-Hero" might be the most beat driven banger of them. However, it's her penchant for clever lyrics that makes this one great.

I first heard one version of this where Lana Del Rey had taken over the entirety of the song. Their voices work together well. Taylor proves she can do more with her voice rather than Lana who sticks to the one sound the bulk of the time. "You're On Your Own Kid" is the first song that feels like it could have been on "Red".  The guitar keeps a simple tension with little hint of her previous life as a country singer. More organic than most pop music today. "Midnight Rain 'has a catchy beat to juxtapose the moodiness. Her vocals bob in and out of the atmosphere that coasts along with the song. "Question?"  continues this more mature path she has been on since "Folklore". It seems the world has jaded her just like everyone else. She however seems pretty willing to look at the part she plays, rather than point fingers the whole time.

"Vigilante Shit" is another clever lyrical jab, that leans the closest to what she did on "Reputation".  She gives herself more room to open and sing on this one. She continued making sultry slappers with "Bejeweled" which seems to reflect on the social scene in Hollywood these days. "Labyrinth" finds her voice floating over an understated beat.  This almost sounds like a middle finger to anyone who has tried to claim she sings in the same register as her drifts up into her head voice for half the song.  "Karma" is another pop song that glides with the high hat. Vocally the melodies are not unlike what she began doing back on "1989". The melody to "Sweet Nothing" is more hopeful than the bulk of this album. Her melodies stick and move as the dodge where most beats would fall, like she is taking a note from Joni Mitchell. The last song might need a few more listens to grow on me, but I will give this album a 10 as she continues to excel while making music in a genre that normally vomits up disposable jingles for audiences who fall for anything sold to them, so imagine pop music with some thought behind it, what a concept.