Bush : "the Art of Survival" 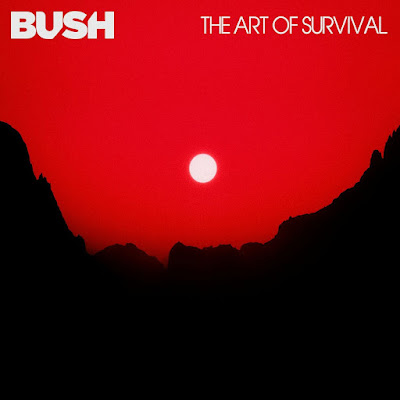 In some ways this is a Bush album in name only, as Gavin Rossdale is the only original member.  It does still retain the gritty grunge feel of their 90s work. This band came across as a less of a band wagon jumper in their prime and had an emotional grit that told me Rossdale had deep personal wounds he was processing through his music. At the same time, he had record companies breathing down his neck and pressure on his to get radio hits. The opener has a silver lining to its storm cloud, as the production has overdriven the crunch of the guitars to give hit the harder edge of today's commercial rock.

Not as poppy as earlier work, there is less pressure on him from labels and he has more creative freedom, the only pressure is to live up to his 90s work. "Shark Bite" could have come directly from "Sixteen Stone", though most of this album leans in the direction of "Razorblade Suitcase". At 56 his voice is getting the job done though, it's not that demanding for him to keep his baritone belted with high levels of emotion. There is a slight 70s rock twist to the riff of "Human Sand" it is however the room the vocals are given to give a pretty convincing performance. Just judging from the lyrics "Identity" I think this is the first song that refers to Gwen Stefani.

"Creatures of the Fire" is a ballad that serves as the first song to not really vibe with me. Not the side of the band I was all that into. They do give me what I want from them on " Judas is A Riot". It's darker yet has the kind of hooks I want from this kind of rock music.  Guitarist Chris Traynor who first played with this band 20 years ago, has an impact on the sound, as his time spend in Orange 9 mm and Helmet can both be felt.  The brooding closer "1000 Years" works really well with its slithering mood. I will give this album a 10 as he has delivered more solidly than most of his peers from this era have yet to.