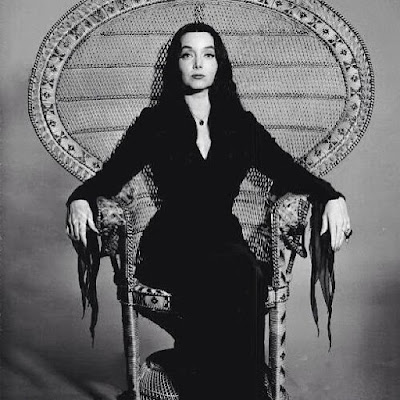 "Listen to them the Children of the night, what music They make" - Bram Stoker

It's already time for another Gothtober.  I write this waiting for Hurricane Ian to rock Tampa like the Scorpions, but with October dawning upon us, there is no way I am going to let a storm, mess with my favorite month so here we go. The younger generation might cry about gate keeping, but it is a long tradition that has kept goth true to what it is so, if you do not like it then fuck off. With that said what is goth ?

Goth should be more than just fashion, it should be a mindset. A way of life. Here we are just going to focus on the music. After all half the witches of Instagram do not even know who Siouxsie is.  Or the "goths" of the cam world who are always bumping trap rap with no little clue that Type O Negative is more than the blood type which makes you immune to Covid.  We are going to explore what goth is as we celebrate it. When this discussion comes up, I normally reference what Rozz Williams said about death rock,

It is more than that as death rock as beloved a sub-genre as it maybe is only one aspect. I will touch on postpunk, but unless it is exceedingly dark, I want to focus more on the sounds that go bump in the night. Because after all Halloween is the reason for the season. We will go back and pay homage to the classics once or twice, but my focus will be on new stuff. That is not to say I will not slide a metal review in here or there, but they will not be labelled Gothtober. thus not counting towards our goal of 31 goth posts. Goth does span out to include artists like the Cocteau Twins and Dead Can Dance, so perhaps dark shoe gaze or folk might appear if it is spooky enough.

Long time readers know the drill in October. New readers, well there is not much you have to figure out, if you like we can do most of the thinking for you here. When the world says they are going to cancel Halloween, we give them the middle finger, despite the fact that Halloween is not different for me than the other 365 days of the year., The rest of the world just gets on the same page with me, even if it is just to fetishsize it. The children of the night and they music they make is what matters when the sun goes down. Goth might be a trending topic, but here is where it is eternal