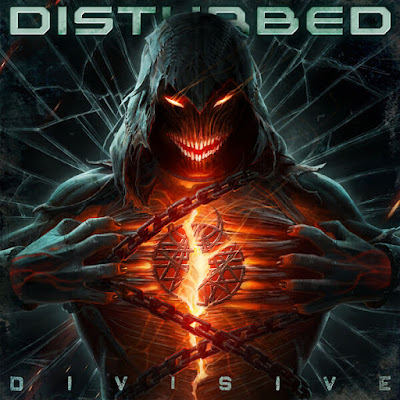 One of the few big commercial radio rock bands I have listened. This is due to the fact their sound owes as much to Judas Priest as the nu-metal they came from. Everything is a hug anthem for these guys and the first single "Hey You" is no exception.  While this song works, a similar attempted on the more percussive stomp of "Badman" feels like they are recycling what they have been doing for the past twenty years. At almost 50 his vocals are no worse for wear due to his age. The title track finds them firmly planted in the formula they have been writing out of for yours. If you want a band that is very consistent in what they are doing and has not evolved a great deal from where they were on say "Believe" then these guys got you covered.

They are more driving on "Unstoppable" which to my ears feels like the band is in their sweet spot. Yeah, the chorus is almost too melodic, but it works for what they are going for.  "Love to Hate" is a very fitting social commentary. Lyrically it is the most interesting song so far. There is a more weathered rasp to Dave's voice, but he is hitting all the notes, so no complaints. I prefer his lower more melodic croon that gets some time on "Feeding the Fire" . Mid-paced and more melodically nuanced, it is really well written. Chances are if you are reading a Disturbed review, you know What they do and are not looking for something super-heavy or defined by today's standards of metal. They are bringing it harder than I recall them doing in some time.

Ann Wilson joins them for the ballad " Don't Tell Me".  It works well enough, but feels more like moody filler, even with the super star appearance. "Take Back Your Life" also works off grooves that are perhaps too familiar.  "Part of Me" works much, better when it comes to what this band does well, even when the formula is firmly intact. Then the last song, which is not a Tom Petty cover, do not back down from just being run of the mill, head bobbing from the band. I will round this down to a 9, since it finds the band defaulting to a safe space, for an easy win, but they are great at this return to form that puts them head and shoulders above most of their peers.