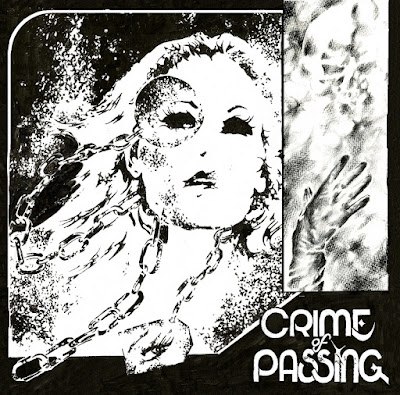 This band out of Ohio released this album back in April and it is time for it to coast under your radar no more. This band is also pretty self-aware. You can hear it in the mix. The vocals are actually better than most bands of their ilk but are mixed back against the guitars. Rather than sounding like punk rock Karaoke, it packs a punch. Now if all their songs sound like this one then I am going to get bored fast. They back of on the intensity and give things room to breathe with " Damrak". They are not writing hooky pop punk songs here, so the anguish emoted with the vocals is the message. This band is not afraid to experiment within in reason, which sonically is making this a real treat so far.

It should also be noted that just a few songs in and they have already proven themselves dark enough to belong here. They get more in your face on "Tender Fixation" , but as far as what the composition brings to the table, it is not as nuanced as the first two songs. They display their range as a band by going into a more electronic pulse that reminds me of a more organic version of what Boy Harsher does. This carried over into the next song which is more mood oriented and bathes in the pulse rather than pushing the song forward like "Vision Talk" did. Then they; launch into their more aggressive punk moment yet.

If you took the band's more punk sound and combined, it with a Joy Division bass line the results would be much like what goes down on "Midnight Underground". The drum machines return for the more ethereal "Ways of Hiding" that closes out the album. This is another sharp turn for the band that finds them embracing another sound from the 89s with this almost shoe gazing atmosphere cast over things. I will give this a 9.5, as this band is not afraid to step ahead of the pack and make old things new again but from an angle everyone is not band wagoning around.  Released on Future Shock.