Gothtober -Social Union:" Fall into Me" 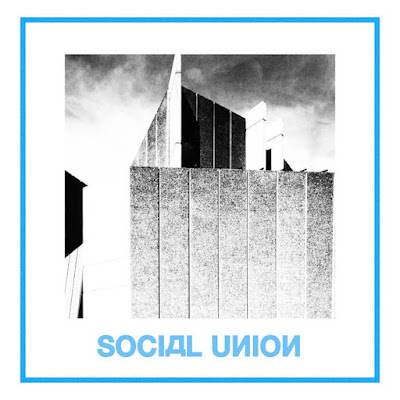 This duo out of New Zealand might be the least Halloweenish of all the bands we cover this month. They roughly fall within the permeameters of cold wave / dark wave. They are steeped in the synth wave sounds of the 80s and have enough shadow to their atmosphere to belong here. I mean how spooky do things get in New Zealand. It is more like the land of Game of Thrones and the Lord of the Rings. Not really vampire country. However, these guys do not fit into any of the prefabricated boxes of dark wave in the first place.

With that said things do get darker and more tense on "Choke". It occupies a similar yet less abrasive place as HEALTH. The beat is not going to really conjure a great deal of dancing at the bat cave, but it's a hypnotic pulse in its own right. They have experimented with their sound to a impressive extent, as it is clear they are not content to default to the tropes of the given genre, "Abscond" is a little more upbeat than what I think works best for these guys, but is still pretty effective at what they are doing. .

There is a more emphasis placed on the vocals when it comes to "Our Hands Don't Fit". The warbly effects on the guitar do invoke a more goth sound here, despite there being an almost pop feel that creeps into things at some point. It is also the first song that really works off a riff/. They end this ep with a remix off the first song that takes it in a much different direction. Granted it ends up in the kind of typical pulse that all electronic music shares when the dance floor is primary motivating factor ruling the drum machine, but it works for what is happening here. I will give this ep a 9. One of the better things of its nature out now.