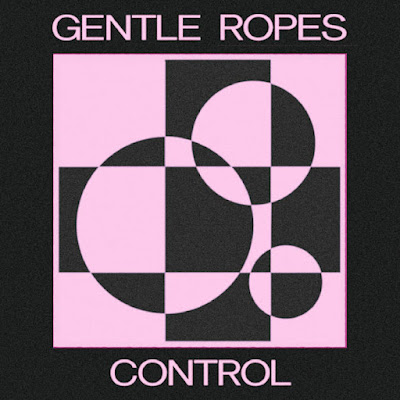 I am totally against all politics and political trends, so I am not going to seek out Ukrainian bands to cover in show of support, but If I happen upon some, I will give them the same consideration I would a band from any region. They play a style of post-punk that is so dreamy in its atmosphere, it feels more like goth. This album came out back in May, so I am glad this is the month where I get to catch up on all the depressive goodness.  The vocals are kinda dreamy but not as detached as say vocals for a shoe gaze band. On the second song, the guitars have more drive to them. The heavily effected ambiance is still present, and the vocals moan and croon in a similar register. There is enough of a dynamic tweaking these songs do not sound the same.
Things get dramatically darker on "Alone". Which is not as catchy as the two previous songs, but convincing enough in its stark descent that it creates a mood strong enough to make up the difference.
The vocals take on a lower breathiness that makes me think of Love & Rockets, though the overall sonic fear is much darker.  "Murder" is more of a love letter to the 80s with its synth pulse. The song itself carries a more post-punk tension. The first song that feels anything like death rock is the title track. The bass line has the dirty drive set against the mournfully crazed emoting of the vocals. Death rock should have the grace of a trick or trick bag filled with dirty dope needles. There is that cracked out mania to the edges of the song. I like how the off-kilter vocals still work really well. In some ways is it like Dollar Store Christian Death?  Yes.  But I still dig it.
The last song finds them digging into more of a cold wave sound. This leans a little too hard on the stiff drum programming. The vocals go into a lower moan that is more typical for this kind of post-punk revival sound. If they had more money sunk into this and a label even one as small as Dias or 4AD, these guys could computer with the big boys if they went down the path that is less like what other bands are doing and followed the more unique sounds, captured in the first half of the album. I will give this a 9. It tips the scales in more of a post-punk direction, but finds this project excelling when they take the genre on their own terms.
Posted by Wilcifer at 5:00 PM