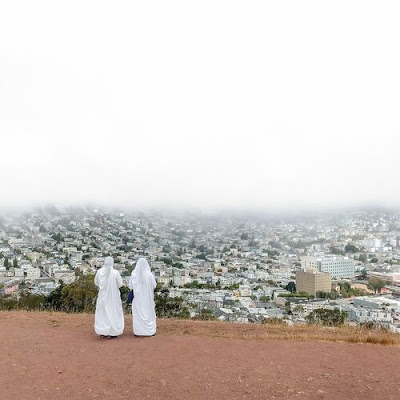 Stripped down to only two original members, it is Ben Gibbard's band. The tenth album finds the band in a lighter place than when I last left them on "Plans" which was the last album I gave regular rotation. The title track is very subtle, with more going on than a casual listen might suggest. Gibbard has always been a clever lyricist and the maintains his sharp edge in this regard. "Rand McNally" shows their almost folk like charm when it comes to writing pop songs that still manage to be quirky and organic enough to still fall on the side of indie rock. A great deal of this album are his reflections during the isolation of the pandemic.

The guitars have more of a taunt post-punk feel than what they once did on "Here to Forever" which works really well for me. It is one of the albums best songs so far. The more spoke narrative set against the wandering expanse of atmosphere that is "Foxglove Through the Clearcut" works for what they do, but aside from its experimental nature, would not be numbered among the album's most compelling moments. There is more urgency in the strum of "Pepper". His vocals are produced really well. It gives the hook of the chorus more punch. The drive of " I Miss Strangers" makes this one of the projects best songs even of the more classic eras of the early 2000s.

"Wheat Like Waves" ambles around with another feeling this is more folk that they are admitting to. There is a bittersweet hopefulness to it. "Fragments From the Decade" is marginally darker and more intimate at the same time. The arrangement is pretty minimal focusing on Gibbard's vocals. In contrast on the last song, their use of slow burn of dynamics is bigger than previous incarnations of Death Cab, if you took out the rock bass grit and let it drone. This is much better than I expected an in fact even has some stellar moments, not on the level of "Transatlanticism" but better than most I will give it a 9.5 and see how it grows on me.