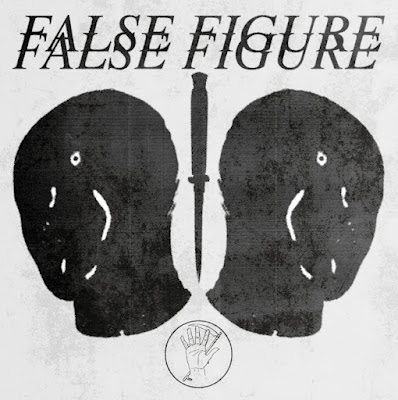 What is the difference between post-punk and death rock? This question even the Oakland based band tries to sort through while growing as songwriters. A student of music can tell you post-punk is the tense depressive sonic cousin of punk, while death rock is according to Rozz Williams for punks who love Halloween. Post-punk uses stark vocals that ride the taunt guitars, while death rock is more woefully emoted. Both have the kind of driving bass that empowers the opening song. The moderately monotone vocals that narrate the song lean in the direction of post punk. The easy question being do they owe more to Ian Curtis or Rozz? The vocals are not the most defining thing about this album. That falls upon the guitars. They are increasingly nuanced and melodic.

They come closer to death rock on "Sadist Lament".  The vocals are punchy yet still sit back in the reverb., "Death Pact' finds things becoming darker as the album progresses as well. They do have a great growling bass tone with a ton of balls to it here. They have some goth slink to the bass line for 'Asunder" though the more indie rock like jangle to the guitar pull them in the more post-punk direction. More inspired that your average post-punk revivalists, these guys have been killing it in the underground for a while, as this album is their path to a larger audience. The herking jerk of "Possession" takes a deeper step into angular darkness. More anxiety driven in its feel, not as catchy as the previous songs. The unconventional guitar pattern is to thank for this.  By the time we get to the song "Bare" it begins to feel like their formula is beginning to recycle sounds we have already heard.

"Faim" dances with the shadows in the best ways possible and embraces more of their goth side. The drumming is more abstract, and they never catch a groove on "the Absence". This is course corrected in the wonderfully written post-punk of "Tyrant Heart".  I will give this album a 9.5, as the overall collection of songs rises above the occasion, though if you are a goth leaning band, never release an album after October 31st. This one drops on November 1t which is close enough,