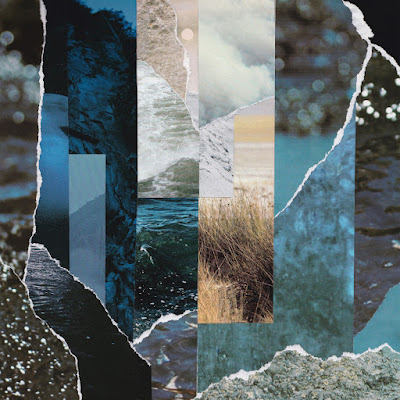 It is interesting what happens when you search for industrial music released in 2022.  This project from the UK reminds me of a lo-fi witch house version of HEALTH. Things might even be more obscured in atmosphere here. The beats do not crunch like Health's. This album was released back in April on the Flenser, given the label's track record the here is a shroud of almost shoe gaze like atmosphere coating of these songs adds up. I like this though it is very dense, and while the point of what is being done here lies in the sound, there is still a song the noise is just coating. The song is just the creme in this Twinkie. Sometimes there is just more cream inside than others.

Sometimes the noise gets so thick the song is buried. While it can be heard under the surface of "Body on a Lake" it floats by without grabbing my ears, though it still carries more of a melody than where "Moonlight Doses" drifts off to. This makes it almost more like an interlude than a song. The vocal melody of "Selfless" has more pop aspirations that keep it from getting lost in the swirl of sounds it swims against. Things darken on "Overflowing Velvet Tide". There is almost a post-rock feel to its sense of ambiance. Another instance where the ambiance overshadows the song.

Sometimes a bullseye is struck even amid the expansive layers of sound, with the prime example being " I Need to Stop Blaming Myself" which shows sometimes production is what separates something like this from being a pop hit. Sure, there is the overarching feeling of melancholy which is why this album belongs here.  I will give this an 8.5, since sometimes the sound overtakes the songs, and it gets murky, but if you want something more nuanced and organic than witch house, this album will work for you.