Gothtober-Billy Howerdel :" What Normal Was " 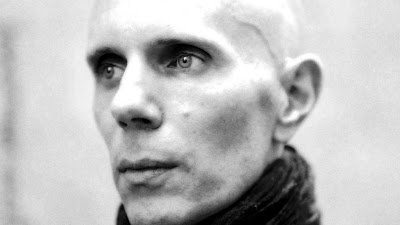 The brainchild of A Perfect Circle is back. This is not his first solo effort, as the Ashes Divide band was that as well. The only reason I can presume he is not releasing this as Ashes Divide is due to the departure from rock music here and something closer to Depeche Mode. This should not be surprising as A Perfect Circle covered "People are People" on "Emotive". Where the first track on this album works of a more familiar moodiness, "Free and Weightless" flows with a more grooving dance beat. Though it feels more like new wave, than even Depeche Mode.

Things gradually get darker on "Ani". This entire album feels gothy in how it reflects on lost love. It is almost dark wave in the pulse of this song. The guitars a very Cure like, but that could be said of most of his work. His vocals are lower and more crooned on this album, there is less of a Maynard feel that you got from when he sang with A Perfect Circle, which given the need for vocal blending is not surprising. Perhaps he is just coming out of that shadow here.    Though on " Beautiful Mistake" he does sing in a higher more introspective manner that is somewhat Radiohead like.  But much like Depeche Mode this is really just dark pop music which is fine with me. Some of the hooks are just really subtle.

He gets darker again on " Poison Flowers". The programed drums set against the acoustic ones provide a cool dynamic. Production wise this is a beautiful album as all the sounds are capture in an immaculate manner and its a near perfect mix. "Follower" lives up to its title by following more closely the lead set by Depeche Mode.  There is a more introspective breeziness amid the underlying tension of "Bring Honor Back Home" The bulk of the songs are very tightly written, with only a few moments like "EXP" where the atmosphere causes the focus to wander. "Stars" closes the album  with the guitars dropping a slightly more rock tinged color to the overall dynamics of the album. The Gary Numan like vocals are pretty cool.  I will give this album a 9, it's a welcome addition to what he does.