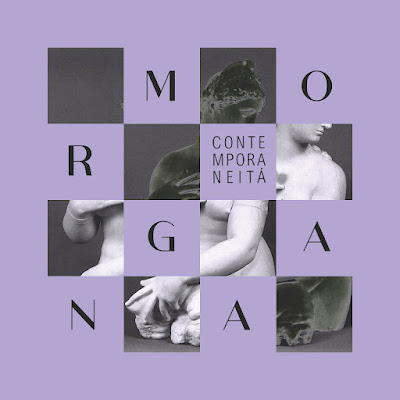 Here is album I found just by clicking around Bandcamp. This Italian post-punk band sings in their native tongue. Things are about as lo-fi as the early Cure albums. Though the bass might need to come up in the mix some. The difference being the vocals are a girl who is shouting more than singing. When they are more up tempo the amble of the guitar takes on more of a Sonic Youth feel. This sets the second song in a place that is too upbeat for me.  Things get darker on "Stanchi". Most of this is thanks to the bass player and the guitarist at this point as the vocals are very limited in the range of what they can do. The tense palm muted part of this song is the most post-punk thing I have heard on this album so far.

By the fourth Sogn it is apparent they need to re-think the vocals. She does not sound aggressive but more like a demanding child. When the drums and the guitars lock in, it seems like they are going for something more aggressive at times than what the vocals are capable. This is theme that continues to carry on throughout the album. There are some cool riffs here and there and they are not bad songwriters, which is the opposite of what normally happens with bands, they care more about a sound than a song. By sound they have the guitar tone for what they are going for, it is the vocals that is killing their best efforts and gives the album a very uniform feel. The just catchy riffs part does not work, since the rule here is cool riffs alone does not a good song make.

They need more moments like the urgency carried in the first song. While dynamically limited her shouts on this song work better with the guitar and she sounds less like a bossy child on this one. The vocals could have also used more love in post-production, a wetter sound, would have been more effective. I will round this down to a 7.5, thanks to the vocals, but if you are not picky about that sort of thing this album does have some cool moments and they care about the songs.