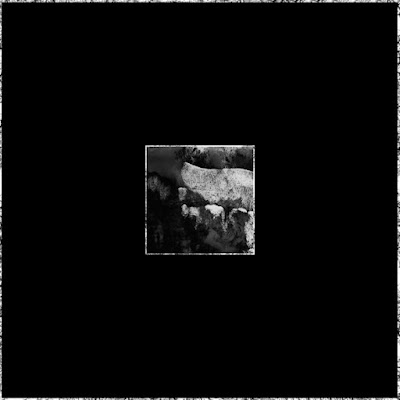 This Polish post-punk project is very experimental. They released an EP earlier int he year and this full length gives them more room to expand the sounds they color the shadows with. The percussive elements they are using over the drone of the opening track creates an unsettling mood. They make some interesting almost jazz inflected choices when it comes to the guitar under it all. In other words, this is not your typical band of Joy Division wannabes. By the second song the spoken word vocal approach seems like it is hear to say which is going to make this a more taxing listen than expected and put a boring stench to what might be an otherwise clever garden of sounds. The guitar begins to take on a more Sonic Youth quality in how it rides the empty spaces.
"Stare" has more of an industrial feel, but the drone of the low murmuring voice still haunts the song making it sound like almost all the other songs, because the cadence of the murmur does not change. By the time I am at "repeater" all the songs have begun to sound the same to me. There is a more organic feel to "lost' .It almost fools me into believing that this song might progress into something or have dynamics that go beyond this jamming droning. The vocals take on more of a whisper. It is different than what they have been doing so that is something.  I can hear a slight Velvet Underground thing to what they are doing, but these guys are nowhere near the songwriters, as they just get one cool idea and try to milk it.  On "diverted" the do not even get the cool idea.
Pretty much the same could be said of the faint lingering guitar of "found" which does not get the benefit of drums, leaving the naked guitar out in the open with this whispering man behind it. It makes sense that the last song is opening, and the first song is called closing, because it is all pretty much the same song.  The only difference is there is more dynamics on the last song than there was on the entire album. I will roudn this one down to a 6 which still feels pretty generous to me considering how this album became something I was enduring.
/div>
Posted by Wilcifer at 5:29 PM