Gothtober- Lord of the Lost : "the Heartbeat of the Devil" 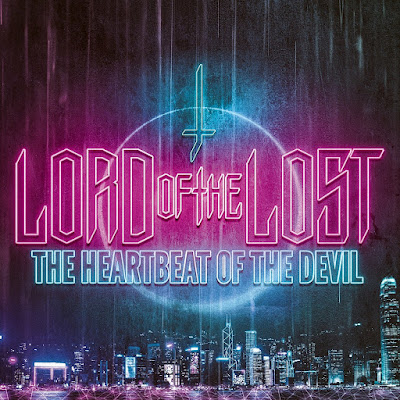 This German band I have always lumped into the offspring of Rammstein who bordered more on the side of nu-metal than goth. This ep which is predominantly cover songs, challenges that preconception. The singer's voicer is more like Billy Idol than Jonathan Davis on the original song that opens the album. It is pretentious and grandiose in the orchestration this song flows around. Of all the covers on this album I am least invested in "Judas" . It's Lady Gaga, and while I have heard her songs in passing, I have never listened to one of her albums. I like it is fortunate to be unfamiliar with the source material in this case. What they are doing works for me, I can hear how this chorus is constructed reflects what Lady Gaga does, I think the things I do not like about her music these guys balance out with their Mushrommheady attack,

Now at the other end of the spectrum when it comes to artists, I am invested Iron Maiden is going to be at the top of the list. Choosing "Children of the Damned" is a bold move. This guy does not have Bruce's pipes. However, to his credit he works with what he has, while there is a great deal of orchestrated pomp and circumstance, hanging off what they have done here. It works. DO they nail the big build this song swells into, mmm well he does hit a falsetto note. But overall, not so much. Granted there is a huge stylistic gap between what they do and what Maiden does/ Does Maiden out gun them at every angle when it comes to musical prowess? Yes. They squirm their way around this fact somewhat gracefully

I think Hedwig's "Wig in a Box" is another bold move. However, his voice is more suited for it. This guy has impressed me as a singer, and I will give their stuff a shot from this point on. The piano version of the title track is not as effective as the more balls to the wall version they opened this album with.  I will give this one a 9, it is very effective for what it does and shows me who these guys are even if they do not play their own songs more often than not.