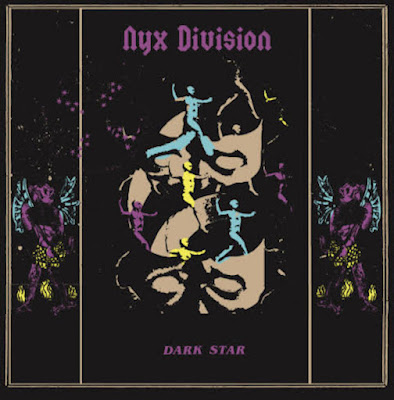 Have yet to cover a great deal of stuff in the death rock realm of the genre, so trying to pull from that more, since it is my favorite part. There is not a tone of it coming out, this album flew under my radar when it was released in March. The problem is it is normally either poorly produced or just punk with effects of the guitar and low moaning for vocals. This band from Portland bucks many of those expectations, though are certainly in more of a punk mode than really laying the Halloween on thick.
There is a Siouxsie vibe that is somewhat more pronounced on the second song "Featherless" which aside from the ambiance of the guitar finds things moving with a post-punk groove. They do let the chord hang with rock grandeur that recalls the 80s on "Orchid Rain". Some of the power chords remind me of Pat Benatar. If you told me the chick from Pleasure Leftists was singing, I would believe you. In fact, I had to check to see if Haley Morris Bass, was credited on this album but also, she is not, nor is she from Portland. However, this chick is a great singer and pretty much carries the slower moodier "Anybody's Fool".
What impresses me most is on the title track that closes the album. Here they lock into a darker yet driving groove that brings Fields of the Nephilim to mind. Her vocals are restrained and, not as aggressive as the music she weaves her voice around. This is one of the best darker post-punk albums, not sure I would say it has the sleezy creep vibe thick enough to make me think they are shooting dop in a graveyard, so I am not sure if this could be called death rock, but it is headed in that direction more than the other albums I have reviewed thus far this month I will give this album a
Posted by Wilcifer at 5:32 PM