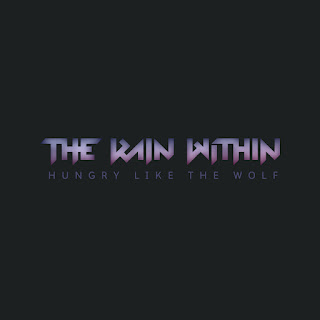 In quarantine covers have seen a resurgence with shows like  Two Minutes to Late bringing various metal bands together, they did cover a Type O Negative song, though it was not their best moment. Andy and company have decided to take on the Duran Duran classic. I have been pretty fond of this new project of his perhaps preferring it over the more rough around the edges Bella Morte. There is just something more polished here and the arrangements give him more room to sing in a way I felt the Bella Morte songs did not do as effectivly . Bella Morte tended to be a better live band. I normally do not review singles , but since it is Gothtober, there is no way I could not feature this one.

They absolutely slay this song. If you asked me right at this moment I would tell you I even like this version better than the fucking original. I am using profanity so you know that means I have to be serious. I normally do not write like that unless I am over the full moon about something. I did lsiten to the other two songs on this , but I keep going back to this one. His voice sounds the best I have ever heard him. He really has found his sweet spot. Duran Duran is not joke when it comes to singing it, there is a very particular tenor that works for it. I think in the past, and by past Bella Morte days, he often tried to sing lower than where he voice wanted to go since vampire voices are typically what goth is about, unless you are Robert Smith, then you just emote and it always works. The arrangement here is more minimal but that is what he is doing on this project and it translates great. Fuck yes.

I like "Delicate" . The smooth breathy singing is cool and works with the groove, though of the two other songs I think I prefer "Like the Devil" . I know it's a surprise I would like a song referencing the devil better. It is more than that . A collaboration of sorts with witchhouse artist Valhall...yeah I am not doing the whole triangle thing , but if you know what witch house is you likely are already familar with how they do that. I think it is darker, taps into some different sounds and his melody hooks me in more. Since this is just a single I am not going to score this album as it is a song shy of being an ep. But it would be rounded up to a ten if I was to do that.

Email ThisBlogThis!Share to TwitterShare to FacebookShare to Pinterest
Labels: Bella Morte, goth, the rain within