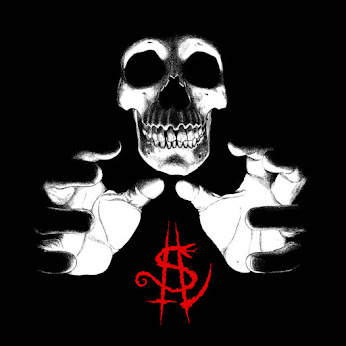 The sludge masters who are personal favorites of mine are back. Even though we are 6 albums in they have changed things up a bit. This time they are using Satanic murderer Shaun Sellars as their inspiration. Though this is not a concept album. The theme is anti-christian. They hit you with a might chug on the first song. There is also a doomy riff thrown into the mix. They seem even angrier this time around. The guitar playing is more nuanced this time around rather than just slapping you with a wall of sound. In doing so this has made it more metal in the sense you caan hear how it has descended from classic metal bands. The chant of "Judas hung himself" winks at DI's "Richard Hung Himself" so the punk influence is still there ,just not as prominent. I think the riff to "Moonflower" is even heavier. Perhaps a touch of Slayer to the drumming. The descends into more of a doomy passage before building back up.

"Shibboleth" charges at you with a more manic punk energy. Ate there Lovecraft references? Well I do not know I can not understand the lyrics as well to this one. "Mother of God' kind of stomps it's way out of this previous song. There is more of a death metal feel to "Scavengers" . Think old Death here. Despite the thicker fuzzed out bass that opens the song, "Widdershins" . The title track has more drive , but is also less death metal. I am not 100 percent on board for this death metal direction they are flirting with. I can hear the death metal influence on the title track, but it still feels true to who they are . "Lady Diamond" is certainly more death metal, if not totally with the higher screamed vocal being what keeps it from totally commiting .They are proficent at death metal, but death metal can tend to be monochromatic .

"Behind the Veil" is some where inbetween the sludge they used to play and their more death metal direction. The guitar solos are a very tangible area of improvemnet and much more metal. The last song is more on the sludge side . I will round this up to a 9.I am not sure I like it as much as "Corpse Fortress", itsi a more straight forward album.