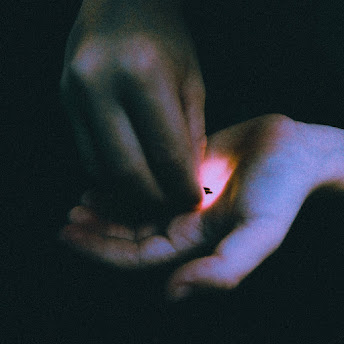 This is the band's fourth album . The hype with these guys are they are like a sonic trip through a haunted house they are so gothy and that is just not the case. They are more like a darker version of Iceage. Do they have some Nick Cave moments? Yes. But Nick Cave was really only goth during his years with the Birthday Party. He is dark americana which appeals to fans of goth. These guys split the difference with more saunter than punk. The do have a boozy swagger to their brand of rock n roll. By the second song there is more of the punk attitude coming off the hinges. The drums are really upbeat. This guy is more Charlie Watts than not. The guitar has rockabilly reverb on them. The second song is a little catchier than the first but mulls in it's own drunken story telling. There is a David Lynch like atmosphere haunting the corners of the song.

This Lynch feel is more prevailing on "Sing Me to the Street". It als find their lead singer Reid paying homage to Nick Cave with the introspective croon. "Serafina" finds Reid making more of a bold declaration towards the song's namesake. "Death Croons" is not as interesting. It coasts down a dark high way, but with a shuffle I have heard a hundred times. It's not a bad song it's just not as good. "Stay Cruel" is a little more melodic and finds Reid making little more of an effort to sing rather than just talk his way through the song. Much like Iceage, the vocals tend to be mumbling into a beer mug. The more Johnny Cash rambling western feel takes center stage on "Ben & Lilly" . "Made For Me" finds the same sounds returning for them to do the same thing. It's like a drunk who keeps coming back into your house because they think they lost their keys.

More drunk country infused punk goes down in the early morning hours while harder drugs begin to wear off on "Sweat". The mumbled rants continue with little to set them apart from what we have already heard of this. Let us be clear this is neither death rock or goth, if you think it is you know nothing about music and the adults are talking here so go stick your finger in an electrical socket . "Machete"  is an improvement. I have to round this down to a 7.5, I think with a different singer they could be onto something , but since this is a team of brothers not likely.