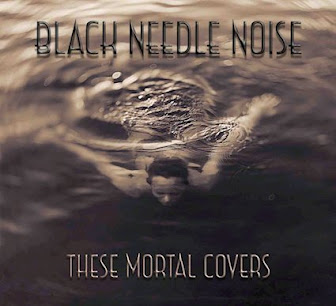 John Fryer one half of This Mortal Coil, releases a covers album. Much like with This Mortal Coil, different vocals help with the songs.  It opens with an industrial version of  Nancy Sinatra's "Bang Bang". Then comes a darker  more introspective vision of "What a Wonderful World" . Now do these measure up to anything from "It Will End In Tears" ? Um no, but that is ok. The darker clouds part for a pretty spot on version of Olvia Newton John's "Magic" . Then comes a cover of "Black Magic" which has a rowdier death rock like punk tone to it. Rebecca Coseboom tackles the vocals for Depeche Mode's " Walking In My Shoes" which will cme as no surprise when I say this sounds more like the band Garbage.

There is a sexier pulse to Rose Royce's " Love Don't Live Here Anymore" .  The electronic backing is not as intresting as it works of the same drone the whole time.  Black Sabbath's "Changes" has seen almost as many covers as "War Pigs" , this version is ok, could have been darker. I think the cover of "She Talks to Angels" will be more instresting . It is darker and has more industrial touch to it. Diamanda Galas would be proud of it, not sure what the Black Crowes would think though the chorus finds a more rock feel developing. The lyrics make more sense with this version.  I think 'Losing My Religion" also begs to be darker. This version has a sexier purr to it but is darker, so it works even with the more rock touch.

Russ Conway's " Let this Be the Night" is another odd choice, but it works for what it is. Not the biggest fan of the original. I like the harder industrial touch to "I Know What Boys Like" . Over all this might not touch This Mortal Coil, but the next best thing will give this album a 9. Of course it is coming out on Cleopatra Records, though 4AD would have made more sense.