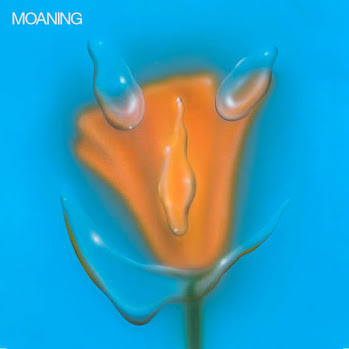 The line between post -punk and indie rock is this. Indie rock is not as dark or tense as post punk. These guys are indie rock. Are they moody ? Yes. I like the vocals . Most indie rock bands act like they are too cool to try to sing. This guy has listened to enough Radiohead to care. The keyboardist of this band played with Cherry Glazerr, making them not total stranger to us here. The opening track is really great and sets the bar pretty high for the rest of the album. "Make it Stop" has more of a rock edge to the guitar and it carries a more unnerved punk skip in it's step. 'Stranger" is just as good as the opening track but in a different way. I like that you get to hear more of his lower register which really shifts the mood.

There is more of a quirky whimsy to the more Radiohead like "Running". These Radiohead like moments are not as impressive as other times when the band lets me hear who they really are. There is a smoother new wave like coolness to "Connect the Dots". This is indie rock for a lunar landing. Synths take on a greater role here as the guitars go on crusie control. 'Fall in Love" is allowed to drift on a less focused groove. "Coincidence or Faith" takes some of those more atmospheric Radiohead leanings and gives it a more Gary Numan feel. 'What Seperates" is another more on the new wave side of the coin for these guys and works off a great display of dynamics. "Keep Out" flies in a similar cosmos thanks to the synths though the guitars are more present in the mix.

'Saving Face" has a pretty decent vocal hook against the 80s sounds this album dances with. The last song is a woozy almost shoe gazing haze, where the vocals wander around and end the album with a sound rather than a song. I will give this album a 9, it'sa very solid listen with some great songs, they are great enough for the Radiohead worship not to bug.