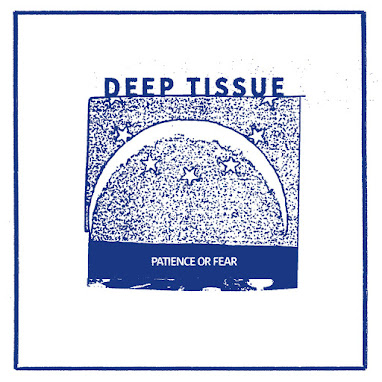 Most of the time when I look for 'post- punk" bands I want something that is more goth than punk. I do like actual post -punk that is tense sprawling and sonic , but as with most music I want it to be dark. Here is a band that strikes the dark chords for me. They do have punk drive to them as well. A lot of this lies in the guitar tone, is there plenty of reverb and delay? Are the vocals still sung and not just shouting ? This album by the Phylly band came out back in July and finds this band really balances all the sounds I need and still turning them into actual songs. The melodies get even stronger and almost pop catchy on "Liminal Space".
When they do dip into punk it kind of wastes the talents they have shone so far as it sounds just like all the other punk with more effects on the guitars. "Condolences' finds the band splitting the difference with more naunced guitar playing and melodies infused with more of a punk inspired energy. I can work with that . The default to a more punk approach , but with better guitar on "Dead Head" .I think the only problem with it , is at this pace it kind crowds the room for where the vocals would be able to have actually sing. I am aboviously going to prefer the more Cure like sounds that come from a song like "Daisy Chained" .
Goth normally runs of creepy bass lines . So it is with " Kinry" which has a mor deat hrock feel to it.This works to me as the frantic punk side is set against a more chilling background. I like this but I like it better when they allow her to open up and sing more like they do with "Waiting' which might give her a more pop tenderness to her voice, but it makes for a better song. I will give this album a 9, it's one of the better albums to emerge from the dark side of post-punk this year.
Posted by Wilcifer at 1:57 PM