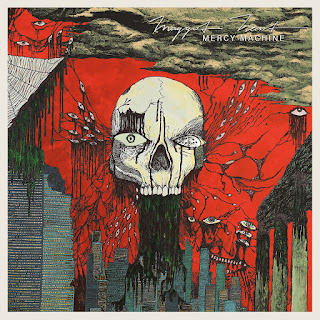 This German is like a more punk version of In Solitude with female vocals. The femal vocals lean even more towards death rock . This song begins to open the mood more for her to sing rather than just use attitude to get by. After listening to the previous album this one feels more ballsy and more rock n roll. They slow down and get more melodic on "Roses" .  The chords to the chorus are wonderfuly dark. Lyrically it is often more goth than the music.  "Gutter Feeling" has a swagger to it. I like the sleaze ridden mood it invokes. The guitar stays rooted in rock for this one as well. At five minutes it's the album's longest song.

The title track is back to a more frantic punk pace. The way her dead pan vocals sit over the guitar here reminds me of Gold. They are way more punk than Gold. There is something street wise to their sound. There is a dissonance in the guitars here that gives it a darker sound than just rock n roll. "High Rise" find the vocals a little more introspective against the tension of the guitar. There is a increasing darker mood the deeper into the album you go. I am obviously going to be a fan of getting darker. The punk tempos do not always lend themselves to darkness, which is felt more on the more mid paced grooves.

There is something oddly disjointed and dissonant to "Senseless:" . The vocals hold it together and make it work. They end the album with a more metallic gallop. The vocals are what keeps it from going full on metal. This is a great album though after repeat listens the newness had worn off , but it was a shitty morning so I will give them the benefit of the doubt and see if this sounds better than next time I listen to to it and give it a 9.