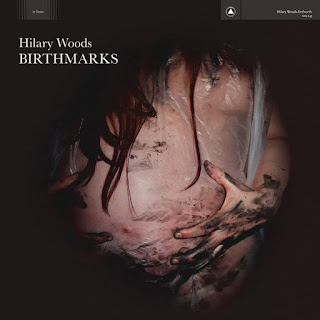 Here are all the hallmarks of what worked for her on the last album and given a more ghostly drift.  The same ethereal haunting quality that brings to mind the atmosphere of David Lynch movies is still present. "Orange Tree" is much like the rest of this album about her pregnancy. Lyrically this one is more obvious. Unlike many of the sirens that are her peers, if feels like Woods has less of a back ground. The Cocteau Twins being the most notable influence. She adheres to a more minimalist style. It is like she creates in a vacuum where John Bonham never existed, but chamber music is what filled stadiums. "Through, the dark love" is so ambient it is almost not there which this too was the only problem with her older material as well.

This album might be darker than the previous. The strings are more solemn. There is more drone. Speaking of drone "Mud and Stones" is just a droning interlude and not actually a song. She marries more experimental tones with her  natural atmosphere on "the Mouth" . It reminds me more off Bjork. There is less organic to this album for certain. This is the biggest shift in her overall sound. Songs like this end up being swallowed by the mood , going with moreo the sound than the song. "Cleansing Ritual" is another interlude this time filled with harsher more challanging noises.

For a song that barely breaks the 3 minute makr she wastes a great deal of time leading into the song. It oo has a drone which has become the staple of her sound on this album. This final song is barely even a song, I might be generous call some of these songs. This album has been out since March and I do not feel like I have missed much. I guess the trauma of hormones displaced her from Wood's creative center as this album is a disappointment. That is not to say there are no good songs, the album gets off to a decent start then loses it's way I will give it a 7.