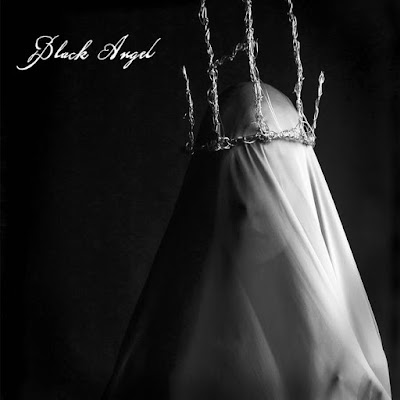 The bass line sounds like most of the Sisters of Mercy influence lies. Though they do ass vemale back up vocals and the programmed drums might be more understated despite thei attempts to replicate and 80s sound. Right now now they are riding the line between an obsession of capturing a sound and still writing song. The ydo have some dynamics. The guys voice is not as low as Eldritchs. This is not a bad thing as if he was totally trying to sound like him then it would push them too far toward being a tribute band masqureading as one trying to write original music. I appreciate this is dark and the decade that inspires them but not blown away.

I like the vocals a little more on the second song "Animal" which is the lead single. The only draw back is it plod around the same tempo to give a uniformoty to their sound. There is more though put toether in hope the vocals sit upon this creating a hookier feel. The bass hasa clicky sound that I begin to pick up on. The female vocals come in later in the song rather than right at the chorus which works in their favor. There is more punk feel to "Alchemy" which is a wise choice to break things up.
"Call of the Night" reminds me of INXS ' 'Devil In Inside" . That is ok as it is one of my favorite songs of all time. The pace picks back up on "Hurricane" . This time around it is not as compelling as what they did on "Alchemy". Not a bad song, just not their best.

"Want For More" is upbeat in the vein of Love & Rockets. There is oddly a fuzzed out garage rock like bass line to " Put Your Lips on Me". This is left of center choice . The song itself is more rock n roll so I makes sense in that regard. The strummed guitar at the beginning adds another color to their spectrum. Not that things shift from darker shades that dramatically nor do they want to as I do not like this albums happier moments as well. "Prisoner" is catchy and grows on me despite leaning more toward their more upbeat side/. "Kiss of Death" has the Vincent Price sample  it. Dark and with some substance to the songwriting it works for ,me. I will give this album an 8.5 , not going to be on my end of the year list but a solid album.