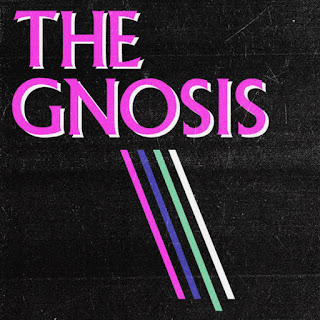 If you missed out on goth in the early 90s , here it is straight from London. But with a foot on the monitor and rock god aspirations.  Imagine the Cult really depressed and coming off heroin. Sounds good to me and works really well on the first song. The singer has a little wider range than Ian Astbury. This is not to say he is a better singer as Astbury has more power and balls to his voice. Perhaps it is the mix. But this guy normally goes for a more ghosty. I also think these guys have more of a rock background than a goth one. The first two songs work off a similar throb to the point as when they began to go straight up rock n roll on "Aurochs" I thought it was only the third song instead of the fourth ,so I had to back track and figure out where these songs begin and end.

Now that I am clear on this I know it's the 3rd song where the  solo comes blazing out of the band throbbing in the back ground. That works well .He does belt more on the second song, this is more rock as the rasp his voice takes on. It also shows more power than he possessed on the first song. I do not like it as much as the first song as the rock tendencies are more like a thousand rock bands I have heard before though things like some of the more sonic textures they employ tap into something I hope to hear more of. It sounds like this guys take insperation from metal singers like Ian Gilian and Dio at times. I also hear a little touch of Geoff Tate. There is a bass solo on thesecond song which always wins points in my book.

Then that "Aurochs' song takes things in a little more rock direction than I prefer from these guys. The reach a little better balance by bringing back the hypnotic groove for . 'Candles" is a mellow guitar focused instrumental piece that is more of an interlude. "Fire Child  " also shows a baance of their two sides, though leaning more in the rock direction, but I can accept this.It seems to largely focus on the singer wailing and leads into a harder rock climax. So if you normally listen to more Cure than Cult this is not going to be for you. You have to have strong rock leanings to find this appealing  when they dig into this side of what they do. "Night Rock' finds the guitar istting back in the mix and a darker pulse to take over. There is a weird almost folk power metal feel to "Ghost" that closes out the album. Thankfully these guys have enough atmosphere to tone down them going totally Evergray. Though I do like where this song ends up going miday into it. As a singer I can appreciate this guy having pipes, but sometimes they are shown off in a way that doesn't always serve the song and less could be more. For that reason I am rounding this down to an 8.5. Still that is an impressive score due to the mood they create and the fact they are doing some thing different on the dark side.

Email ThisBlogThis!Share to TwitterShare to FacebookShare to Pinterest
Labels: 8.5, British rock, the Gnosis