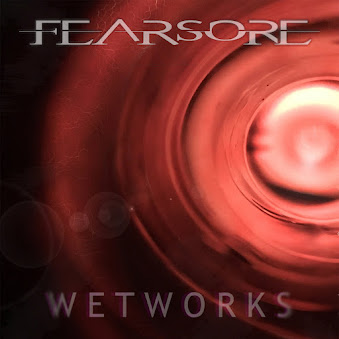 More solid rock back bone to their song writing than Skinny Puppy, though that is the band I would say the over all sonics could come closest to what is going on here. Perhaps if a metal band was covering Skinny Puppy. Mortiss is another artist who comes to mind as a possible influence when it comes to the marginaly more organic second song "Dissent" . Black metal is certainly an influence as well. There is what sounds to be strummed chords with a bass . The guitar is sharp and tinny with a processed distortiointhat feels very early 90s. The vocals are more snarled on the second song. There is not a clear cut verse chorus pattern to what is being under. Instead it feels like you are being dragged underwater to drown in the drone of their sound.

I often complain about bands that focus more on a sound than songs. Well it is the case here, but it is also an exception to the rule because it works here. Now will it be able to keep my interest for almost 19 minutes of "Music to Travel..." ? The first three minutes could have been shaved off as it is not until then that it feels like a song. Even after that point in wallows in noise for a while. When your album is only three songs I feel like they should be making the most of these 19 minutes not squandering the first five. Or they could just write a 12 minute song that is more concise.

I think the sounds on the first two songs were cool and held a great deal of potential. Around 8 minutes into the last song it did get a little more muscial , but it sounded more like a science fiction sound track that an industrial song. This only lasts for two minutes before going into more ambiance that feels likea waste of time. Approaching the 13 minute mark there is a riff that reminds me of the Cure and I think this is where they should have gotten to sooner. Having a 19 minute instrumental to close the album that was more noise than instrument was a gamble that did not work. I will give this album a 7.5, the first two songs are cool. Would like to hear more songs next time.