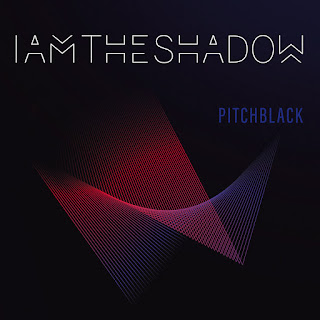 The band from Portugal is very electronic based. Sometimes this gives them a better sound than if they were a post-rock band trying to recapture the 80s as I sorted through a dozen of those til I found this album. More dark wave than post-punk. The dead pan baritone vocals are more Joy Division than Sisters of Mercy. But lower and more dramatic than Ian Curtis. They ride the line on a great deal of things. Their one weakness is their drum machines need more heft to hammer the point home and make you want to dance. The first songs is the a better realization of what they are trying to do than the two songs that follow it. The second being better than the third as it feels like they begin to lose their steam. The thrids song finds the synth riffs have a little more drive and head into that retro synth wave sound.

The guitar could come up in the mix on "the Days" . The baritone croon of their singer has more room to sing out on this one, as the song gives him space , but he barely does so. The beatr sounds like an 80s darkwave preset on a keyboard. The bass line could hel switch this up, but they stay the middle road. Making this more of a sound they have cpatured than a song they are writing.,I am a firm believer that all songs should have their own personality. It's not until "Awake & Asleep" that it feels like the song writing is really dialed back in . Some of this is thanks to Diego from the Frozen Autumn who lends his voice to the song for a verse, but it is enough of a melodic shift in the sound to provide a much needed change in the vocal coloring .

The programmed drums needed more help in the mixing and mastering as they cause "Shivers" to sound very thin.Any added dimension or texture helps at this point. This makes the next collaboration this time with Kadri from Bedless Bones a welcome one. When you take this sort of thing away and leave them to fend for themselves on "Grace' it begins to bore me. Then once again another guest star saves the day when Yvette from Vaselyn adds her smoky alto to the song and gives it a more sensual layer, Then it's back to the basics for "To Last" , which is better than some of the other songs, but not great. It ends with a similar fizzle. I will give this album a 7.5, there are some strong songs and they have potential , I just need more from the drum programming and the vocals. Your tastes might not be as demanding as mine and you just might want some spooky music that sounds like the other spooky music you like then this might work better for you.