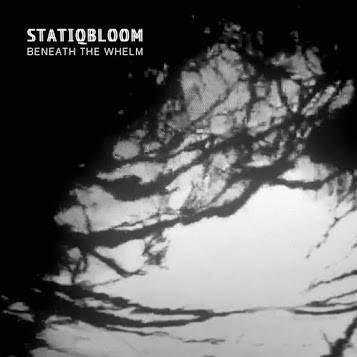 This album by Fade Kanier flew under the radar. It came out back in July. is darker and denser. The first actual song is murky and buried back in the ambiance. I like the trippy drum sound to "Restless". The vocals are a croaked whisper under the pulse. There is more of an urge to dance prompted by the beat to "Ghost Deep" which is the first somewhat accessible song of this album. The vocals are more spoken. Attila from Mayhem lends his voice to "the Second Coming". I think it is interesting to hear him over something that is not Mayhem. Interesting though not the album's best song.

I often complain about bands being more into sounds than songs. There is an exception to every rulle as Kainer drones on a sound and gives it enough groove to become a song on "Black Lava" . The song leading up to the more drum n bass side of "Buried" is pretty cool and even that part breaks things up enough to maintain this album's sense of dynamics. "Still Here" works off dramatic noises in a manner similar sonically to dub step, but less of a crashing clash a it still sounds like a synth.

The album ends with a more rough around the edges approach to synth wave. He is not jumping on any bandwagons here , but exploring sounds he has touched on in the past .  Overall, more edm than industrial. The synths have a great deal of bite to them so it does not have to have guitar , they just move things at a less aggressive pound than what comes to mind when I think of Industrial. I will give this album an 8.5 , better than the bulk of the industrial I have heard trying to do things in this sonic scope this year.