Nothing : " the Great Dismal" 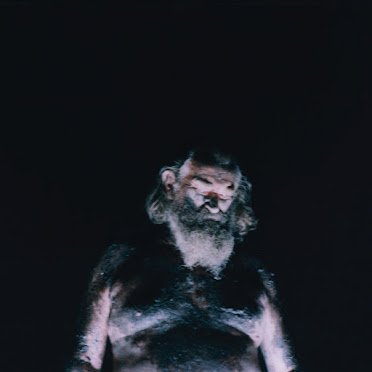 The first song is the kind of atmospheric wandering you might expect from your average shoe gaze band. Nothing is 4 albums in now and have proven they are not your average shoe gaze band so " Say Less" meets my expectations. This is the second time I have heard this song and it connects with me more here. "April Haha" has the woozy My Bloody Valentine and the breathy vocals , but also a great deal of driving groove. The drums sound great on this album. The production so far is dialed in. The is more of an indie rock jangle to "Catch a Fade".  The vocals have purpose and are not an after thought. Eventually the song gain fuzzed out heft while mainintaing the more light hearted mood.

"Famine Asylum " coasts in a pleasing manner , but feels a little more like filler than the previous couple of songs. I am givng this one the first listen with head phones rather than just the lap top speakers like I normally do , and it's a good choice as I suspect this bass is thumping more. But not as much as it thumps going into "Bernie Sanders" . It is hard to say which way their thought are leaning towards Bernie Sanders, But I am fine without knowing either way. When it comes to Bernie at this point he is a done deal so I really doesn't matter. "In Blueberry Memories" is not as compelling as the Bernie tune. They do punch their accents harder than what you expect from a shoegazey band.

"Blue Mecca" is even breezier than the first song. It is on a narcotic cloud. The drums help ground it a little. There are some great guitar tones on it though. They wait untildig out their grungier side until "Just a Story". I like where this song goes sonically. "Ask the Rust " has some of this grunge sound but not as much as the previous song. Overall this album has some really strong song, this album is not as adventurous as their last , but steps back into more of the shoe gaze thing, but that is not getting a complaint from me I will give this album a 9.5

Email ThisBlogThis!Share to TwitterShare to FacebookShare to Pinterest
Labels: 9.5, nothing, shoe gaze