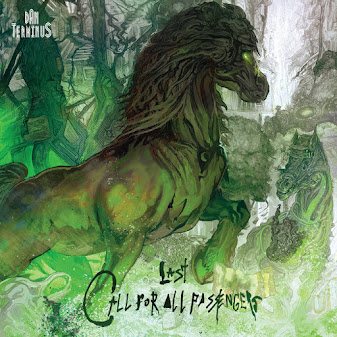 When it comes to instrumental music you have gotta hit it just the right way to win me over. The thump and groove on this album's first track does this. It is weird because synth wave or even dance music is more often than not , just not my thing. The second song has a cool break down but over all fails to hit it as right as the first song. Even with this sort of thing the rule still stands, cool riffs alone does not a good song make. Not a bad song ,just not as good as the opening track that set my expecatations. The recod scrat ching on "Inhert" gives it more of a DJ feel . There is more of a throbbing techno feel to "Disfigured" . You kids might want to call it something else, but if it makes you dance like that and the intention is just dance fueled by electronics then it is techno.

There are no vocals on this album, so I appreciate the robot narrating "Multitude" . It is one of the album's best songs. The beat dropping midway into is realy effective. Fuck it's gooood. This is coming from some one not normally into this."Ruins" bumps pretty hard and moves with intent. "March:" is harder and goes faster with more distortion on the synths. It is almost metal. If we had real drums I might even call it that . Metal has to have some organic element, yes Master Boot Record that includes you. It might not be metal , but it can be heavy. We are big on things being dark and sonically heavy here. It sounds like their might be real drums on "Abattoir" , it goes about as hard as "March". So not only does this album not let up. It gets more intense as you go.

"Feral" backs off and goes with a smoother synth wave 80s feel mixed with enough of the cocaine techno. . To his credit he does not rely on the same sounds all the times and switches things up, Even this song is dark enough to appeal to fans of dark wave and industrial . I know a great deal of goth kids moved over to psy trance, this is harder and more beats in your face.The last song also leans into the synth wave side and is more along the lines of what you expect from 80s influenced techno. I will give this album a 9, which higher than I can recall other albums like this ever scoring.