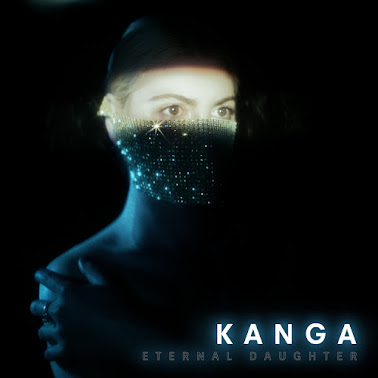 Artofact Records reissued this with three new tracks so it's practically a new album in my book. She talking her way through the first song with a steamy pur. Musically it's color by numbers dark wave that beenfits from the hook of the song. "Daughter" is more sing songy, it did not feel as hooky to me despit the more sing song appraoch to the vocals . The first song that really grabs my ears and gives them the kind of love I want is " Run". This song sets the bar for the standard I am going to hold her to. She doesn't have the best voice I heard, is no Kate Bush or Elizabeth Fraser. She does use what she has well, on the lvel of say a Shirley Manson at best.

Tried listening to this album through head phones and the only thing that changed was how the bass hit. "Cocaine" has more drive, as cocaine should. It seems to indluge this drug rather than demonize as it calls her name, but there seems to be the most longing sexy song about addiction. Guess that is the difference between cocaine and heroin. Less throbbing and depressing. As a person she is pretty hot so it makes sense that this sexiness exudes in her music. I am not sure I know any ugly female singers who come across hot, like men are able to channel this kind of sonic decption. She continues to use a more drive accompaniment with "Control' though it is more dancey this time around and swirls with more sonics. No unlike something Grimes might do.

The vocals on "Light" are less focused. We are into that place where there is more of a sound than a song. Not really sure what they point of an instrumental on this album that is centered around vocals is. It comes across as an interlude. Things end on a softer no with "Tranquility". It's likea ballad from an anime soundtrack. I will round this album up to a 9, as I think is works well even if it fizzles out at the end, not bad songs just not the energy I feel works best, aside from that at the top of the heap when it comes to the future of darkwave.