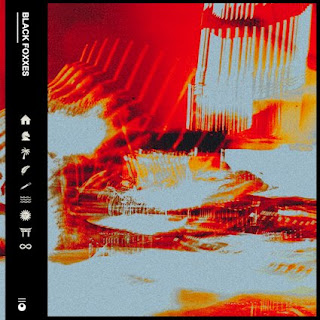 This band from Bristol came hard and  restless on their first album then had a sophomore slum. I get not wanting to make the same record twice, but you gotta keep what works best. Can these guys recapture the magic? What I want here is for these guys to get back to a place closer to "I'm Not Well". There is a marginally more brooding mood to the opening song that gives me hope. They deliever with the rock on the eight and a half minute "Badlands". Ya know they do not have to rock out with the grunge energy they once did , as I also dig "Drug Holiday", I mean dynamically it makes sense as that would have been a difficult momentum for them to maintain. "My Skin is" is wonderfully written. Yes it is somewhat poppy, but in more of a Placebo way. I am fine with this as well. They coast along similar lines , though less poppy with "Panic".

The guitar is more Smashing Pumpkins like. The main difference between this album and "I'm Not Well" is the production. They do have a great deal more colors to work with, but I like the emotional intensity of their first album.   Yes, he is a good singer. This point is highlighted on "Swim" . It is kind of a step back into the more Radiohead like zipcode of the last album. "Jungle Skies" has a better flow. It goes some where instead of hovering. I am not sure I would say this is a groove , but it is movement.

"the Diving Bell" is one of the albums better songs, it doesn't get to where "I 'm Not Well" but I think this is a way to progress for the band as it holds onto the unhinged crazy feel of the grungey album, but allows them to branch out into the more indie rock melodic direction. A big Beach Boys like chorus.Three minutes in and they remember they do have access to distortion pedals even if they are not using them in the most conventional rock ways. The way the song breaks back down is a true testimony to dynamics. I will round this one up to 9.5 no problem, so just a hair under the perfection the achieved on the first album, but this is what they should have done on the last album .