Algiers : "There is No Year" 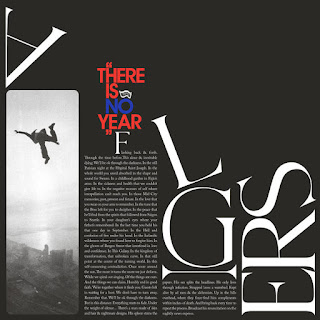 I liked the first album these guys released . They are leaning more into the gospel thing. The darker post punk feel of their early work is gone. There are more electronic elements. Midway into the album there was nothing heavy , so I stopped expecting it. It is much more accessible and almost pop. The first song might even be pop as it is not too far removed to what the Weeknd does. The second song is a little more organic , but finds them going to the well twice and I am not as impressed this time around. The lyrics are super politcal, but much like Rage Against the Machine, they are saying a lot while saying nothing. This is not Bad Religion or The Dead Kennedys who do politics better. The vocals hooks being more poppy works. I mean lets face it pop music typically has well thought out singing. Not talking about Cardi B here.

"Hour of the Furnace" might prove prophetic when it came to this year's riots. But they do not invoke that kind of anger. It is more introspective.Then at this point in the album I have accepted this is not post punk, put a pop album. "Chaka" could be Michael Jackson. That doesn't mean I do not like it. I do. It is darker and more experimental than most pop, putting this next Shabazz Palaces. The guitar is minimal and sits back in the mix when it there. I guess the drummer did not have to show up to the studio or is just playing an electric kit. There are things like saxophones that adds some flair and bit of organic flavoring. There is more of an old school gospel meets soul mix on "Wait For Sound" . The accompaniment is fairly minimal . Some low synths. His voice has improved . He doesn't belt til his voice cracks. So far this is the first song that feels like filler to me.

"Repeating Night" has a little more groove to it, but is still pretty sparse. His vocal melody is less hooky . Guitar comes in though tonally it has more in common with Depeche Mode. We are back to a more Michael Jackson place on "Nothing Bloomed" . A darker more power ballad like version of Michael Jackson which when you think about it is the Weeknd. "Void" is the first song that remembers they were once into punk. I am not sure they are really feeling it the song doesn't together until the vocals smooth out. I will round this up to a 9, as there only two songs that do not feel as inspired and some of the stronger ones are pretty strong,. I think they did what they set out to accomplish.