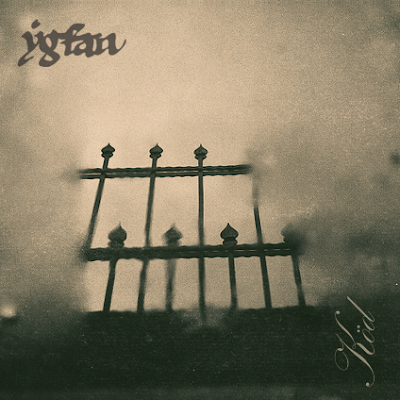 The first thing that strikes me about this band from Budapest is the production on this album is weird. Weird is not being used in the most positive light here. The main problem is where the vocals sit, though guitar tones could be a little fuller. The more black metal rasped vocals do not suffer from this malady. The guitar is playing pretty conventional middle of the road almost Tool like riffs. The drummer and bass player are killing it and every one else is riding along on riffs that sound like they are from the 90's. The second song has more of a prog thing going on. The black metal is long gone in favor of something more like Opeth. They use clean tones and sound effects, but that doesn't make this band Agalloch. Normally I really like these kind of dynamics, it is dark enough for me, but he heavy parts aren't hitting hard enough. The more hypnotic riff in the third song shows some improvement, I am not sure if black metal is in these guys blood no matter how hard they would like to wish it there. When the rasped vocals come back in the song builds into more of a Tool riff bringing this band closer to Enslaved's more user friendly moments.

The loud to soft thing is only made compelling here thanks to the drumming on the final song. This tests the old saying that a band is only as good as their drummer, because I don't think the guitar player is really keeping up with this guy. In Budapest these guys might be a big fish in a small pond, but in the state you can find a band playing in every state on every night of the weekend that sounds like this. The snarl of  the harsh vocals carries more of a black metal edge than most of these bar bands, but is that really a saving grace unless the rest of the band has gotten ugly with said vocals at some point rather than using riffs Katatonia has already grown out of before "Viva Emptiness"? With that said there are still enough interesting things going on in this tangled mess for me to give this album a 7. I think this band has potential, the clean vocals need as much love in the studio as the harsh ones. The production as a whole needs to be stepped up as they are far too ambitious to release and album that sounds more like a demo. If you want some dark metal that sounds like it hails from 90's  Sweden then this is a good bet for you.