Explosions In the Sky : "the Wilderness" 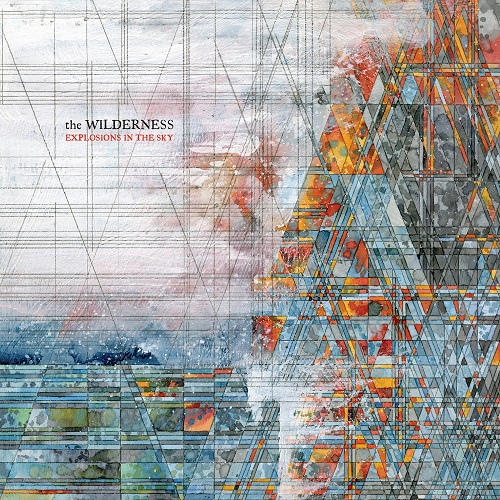 This Texas post-rock band is back in better form on their 7th album. At least on the first track they start off with  more of a rock feel to it than their 2011 album which didn't do much for me. Even on the first song there are more electronic sounds in play and this is even further delved into as the album progresses, but the band is still playing to their strengths. The have already made four soundtracks in addition to their studio albums so it's no surprise that there is a cinematic ring to these songs. Unlike many of their peers, these guys don't feel the need to make sprawling epics and rein in all the atmosphere to serve the songs.

With their earlier albums I was certain that their drummer was into metal and he just smoked too much pot to have any desire to play faster yet was not depressed enough to join a doom band. On this album things have gotten weird on his end. He sounds almost like a drum machine meets Fugazi on songs like "Tangle Formations". Guitar wise, these guys have always had perfect tones. The riffs they jam on are a little more involved at this point in the game. They do let some distortion ring out to create a more cosmic tone than a heavy one on "Logic of a Dream". The creates a sound wave for the drums to build around. It does have the surreal dream like quality to it. There is also a droning noise quality to it, but in light of having reviewed albums by the Body and Merzbow, the musical pay off here makes it worthwhile. "Logic of a Dream" is impressive, but not as solid of a song as the three previous.

Even though it's beautiful weirdness, the intro to " Disintegration Anxiety" has a symphonic feel before it goes into a space age groove that is like the Police's more progressive moments . They band takes a step backwards into what I didn't like about "Take Care, Take Care, Take Care" with minimalist playing and more atmosphere than solid songwriting, this song might even have more of a pulse than that album. They continue to float out into space on " Infinite Orbit" which as the title suggests means they are not clueless to this fact and intentionally stray from the loud to soft dynamic swell they are known for.The drift into the cosmos continues on "Colors in Space". I had to listen to this song three times before I could pay close enough attention to form a conclusive opinion about it. The guitar playing is great , this is not up for debate, how well written of a song is up for debate. It's more of a ghost of song. Never becoming tangible enough to leave its impression on this plane.

The album ends with "Landing Cliffs". It's another shimmering wonderland. Until the drums come in at the four minute mark the song almost becomes a lullaby. It has me thinking "the next time I heave trouble falling asleep I'll just listen to this." When I used to play albums at bed time, I am sure this would have been in heavy rotation. This album is an improvement over the previous one, but I am not sure if finds them returning to their most classic state. Nevertheless I'll give it an 8.5 as the moments they so strike are just incredibly ambitious as they are beautiful.

Email ThisBlogThis!Share to TwitterShare to FacebookShare to Pinterest
Labels: "the Wilderness", 8.5, album review, Explosions In the Sky, instrumental, post-rock, texas