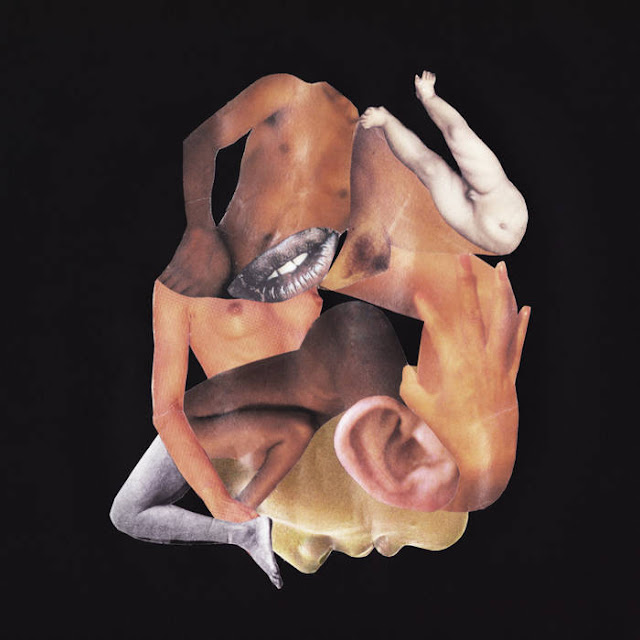 Here's the first full length from the crusty German black  metal band Unru. It sounds like it was recorded in a cavernous basement that was being flooded. The blast beats are caught up in the torrent of water rushing over them. The distortion pedals are shorted out with a fizzle leaving the bass to hold the heavy down. This production value becomes endearing to their sound. The distortion that does come across is more sludge driven that crusty. The second song is over twelve minutes song and congeals into a sound that sonically has more in common in terms of pacing with what you expect out of black metal. Maybe not what you expect out of German black metal that normally has a militant stiffness and rolls over you like a Panzer brigade.  You eventually find yourself numbed into the sonic drone that runs together and finding the song coasting on a blur of white noise. The screaming in anguished enough to be convincing, but from a song writing point of view seems to be more obligatory here than have a defined purpose.

The album title comes down to being roughly translated to "as an animal, man is nothing". This sentiment is felt on the crushing death metal gloom of "Hedonee" .  It pounds you into the ground with more distortion than the previous songs, building into something more blackened around the six and a half mark. They speed things up for the last song. This is a very chaos blast with layers of atmosphere that seem to be happy accidents.They blast away with reckless disregard for the fact this is supposed to be a song for the bulk of this six and a half minute feral display.I'll give this a 7, as I think they are onto something with the sonic formula of their sound tonally , but as songs this needs some fine tuning.