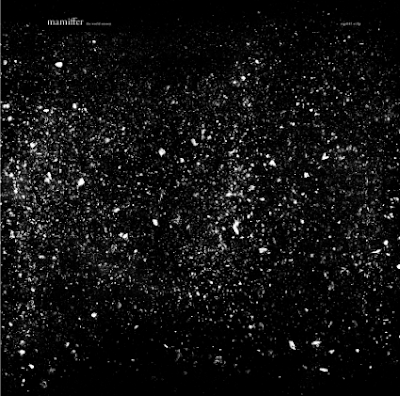 It's been a strange mix of reviews the past couple days so I am going to keep the weird going. Aaron Turner is more than likely glad he is not in a band called Isis these days. That name alone is click bait. This project is much different focusing on atmosphere with Faith Coloccia handling the vocals. Synth and piano takes center stage away from the guitar, which is often just left to ring out from the corners. It is pleasing to the ears though the ethereal nature of what they do requires a little more glue in the song writing department, just ask Sigur Rios or the Cocteau Twins. Thus making this an album that is more of  pleasant back ground music as it pulses in waves rather than giving you anything to sink you teeth in. So if you are waiting for a riff or a groove then you will be waiting for some time as they are not coming.

One question you might want to ask your when approaching this album is how many drugs do you do? Or do you like to listen to music before you go to bed. Both options are helpful. The middle section of the album might make you space out and forget this is playing while you float around the room. There are really only three movements of this album that feel like real songs. When I say this I get emails from the bands all the time complaining about how they were using real instruments so that makes it a song. Once you get more spaced out than Tangerine Dream, then you are dealing more in wavelengths than you are music. There are some nice fey dreamy moments on this album, when they decide to make them more like a song I really like it, not something I need on my iPod, but it works for what it is. The fact the album cover looks like space is very fitting.

"Domestication of the Ewe" is the next song that finds the vocals helping to congeal the space into something like a song. This is broken up into three parts so I think it was the second part that pulled me back in.  I normally rate albums using a formula of dividing the albums good songs by the total number of songs, this album defies that form of measurement, so I am going to go off of what percent of this album was I interested in it or did it catch my attention so based off that scale I think I can give it a 6. The beginning was strong and then when the vocals came back in toward the album's 3rd act my ears perked back up. If you are checking this out because you are a fan of Turners other work then refer to the second paragraph of this review as it's nothing like Isis , Sumac or Old Man Gloom.
Mamiffer "Parthenogenesis" from Daniel Menche on Vimeo.
Posted by Wilcifer at 8:49 AM