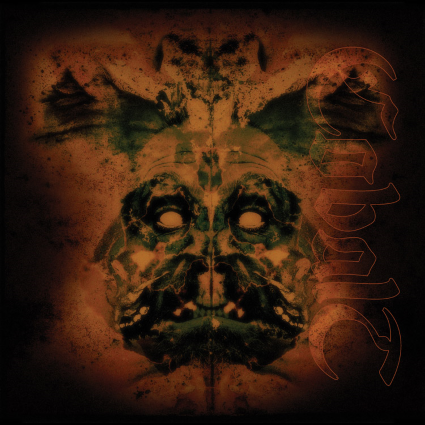 Now the albums we have been waiting for around here are in a steady stream, the bands can gear up for summer tours. It's been 7 years since their iconic "Gin" album so the stakes are high. Charlie Fell from Lord Mantis is now on board.  I would not be quick to call this a black metal album. Of course with Fell along for this ride it gives them a more sludge like sound. The riffs are sharp and hooky. It's a well produced album, so sound wise there is little to complain about. I doubt they are going to shoot their wad on the opener, which has a powerful mid tempo metal pulse that almost sounds like Tool or Mastodon. So it's not as grim and nasty as Lord Mantis. There is more of a hypnotic march to "Animal Law" that is darker than the more overt metal opener. This however only acts more as an interlude leading up to "Ruiner". The band ends up entangled in a riff that is very Neurosis. The bass driven groove taking them out of that place is pretty cool, but not black metal at all.

"Beast Whip" is a pretty mean one, but it also sounds like a lost track off of Kylesa's "To Walk a Middle Course". Then they return to another Tool riff before hitting the seven minute mark. Then they punch you in the face with the more mid-tempo "King Rust". This monster of a track unfurls into an 11 minute epic. They jam/ drone on this one for a while, and I'm not sure if they made the best use of their time.  The chant of "Forcing myself/ out of myself" is a theme raised throughout the song. There is an acoustic interlude before they rip into "Cold Breaker". The bass tone in this one add some muscle to this song. After the Celtic Frost grunt the song goes into a more rock n roll groove. The drummer takes on a more tribal pound as the song builds. There is a "When the Levee Breaks" like throb to "Elephant Graveyard" before it speeds u into something more punk inflected.

They go on another 11 minute excursion. I'm hoping this one has more of a pay-off. Two an half minute in and they are handing a big riff pounding. At the midway point they have mainly turned the chug around to various angles. The midsection staccato riff is pretty effective. I would say the pay is pretty marginal in comparison. The title track is really where it is at as it's much darker and more brooding affair, offering up they dynamic shift this album has needed. This eventually finds them returning once again to yet another Tool influenced riff. I hope they try to deny Tool was an influence on this album so lightning can strike them down. The first blasty thing that comes closer to being black surfaces on this song. He even has the nerve to cry out "Locust Star is screaming" on a section that sounds like Neurosis, being flogged to a militant industrial metal beat. If you are going wear your influences on your sleeve they might as well be good ones. I'll give this an 8, it's well done and sounds good, though neither all that original or black metal. I think this album will do well with a younger demographic who is not as versed in either Tool or Neurosis and then it will sound like some next level shit.