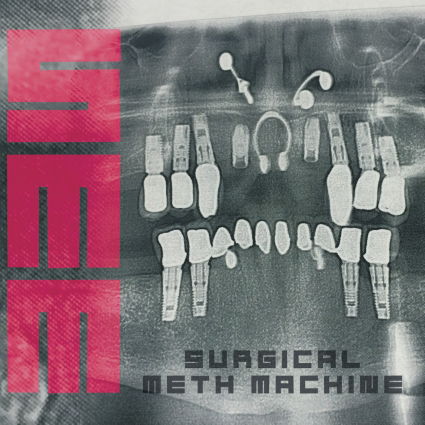 Al is back, this time with a new project that is not under the Ministry banner, though the end result is something not far from the land of rape and honey. He doesn't dip into politics as much this go around and takes jabs at today's internet culture. "I'm Sensitive" looks at thin skinned world of social media, before exploding in a fury of industrial strength blasting, where he exclaims' he doesn't fucking care and he will un-friend you. Littered with samples their is a similar brisk pacing to "Tragic Alert" with almost a gang vocal chiming in. The riff to "I Want More" opens the song with the kinda creepy serial killer love song vibe that Slayer uses before accelerating . "Rich People Problems" is dominated by a chant of the song's title with solo from the late Mike Scaccia tossed in. "I Don't Wanna" has a Jello Biafra like rant to it where Al says he doesn't want to  be a be a rock star he wants to be a beer ad. "Smash and Grab" is still pounding but finds Al in more of a Killing Joke like chant and electronic waves crashing around him. It's the first song where the production really wows me. 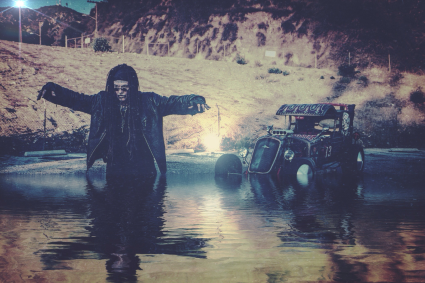 Lyrically it's hard to say if the spastic "Un-listenable" is about pop music or not, until they start asking Al about Iron Maiden, Megadeth, Lamb of God and Nickleback and then he says he hates industrial bands. The Cure, Morrissey  also get shot down but Devo rules, so we have a slight difference in taste. There is more punk and less metal on "Gates of Steel" which has an "Anarchy in UK" feel mixed with multi-layered party chant of a vocal."Spudnik" is a guitar soloing transition out of "Gates of Steel" and feels more like a jammed out extension of that song. This preps you for the come down that closes out the album."Just Go Home" is more of a glitched out version of Revolting Cocks as the samples play a very dominant role in the song. The electro experimental continues at more of a break beat on "Just Keep Going". Then "I'm Invisible" closes out the album with a David Lynch like take on trip hop. Al's voice sound great when He decides to take a stab at actually singing.

I'll round this album up to a 9 and see how it sits on me. The second half does take an odd turn so it lives up to Jourgensen's claim that this album is bi-polar. Even though it comes close in terms of aggression it's not a Ministry album and in many ways is more like a punk infused version of Revolting Cocks as the production is not as dense as a Ministry album. Nuclear Blast is releasing this April 15th.