Woman is the Earth : "Torch of Our Final Night" 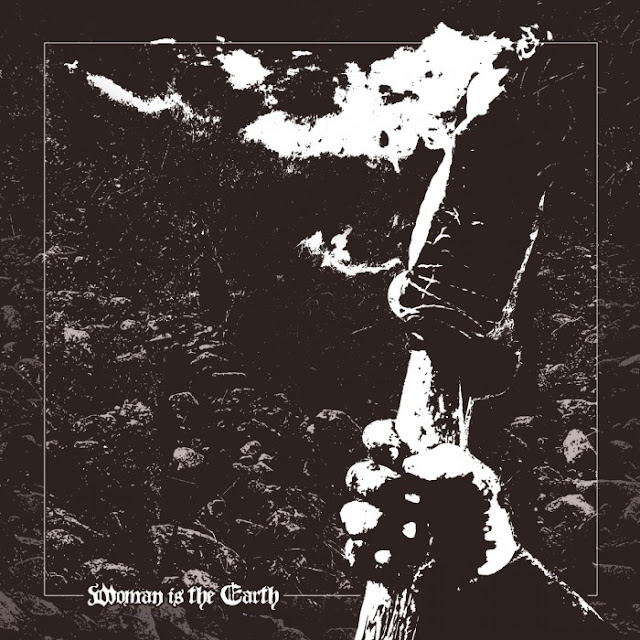 This South Dakota band caught my ear with their last album"Depths" and have returned with a new that only takes a mere moment after pressing pay to display its more spacious sound. The drumming is quite intricate for black metal, but it's this subtle attention to detail that continues to set the band apart. The vocals howl with a guttural rasp before unexpected turns into atmospherics. They have many more tricks in their sonic arsenal than they displayed last time around. The guitar playing weaves melodies in the dark storm of fury with the grace of a post-rock band. That doesn't make this post-black metal or any of the shoe gazing forms of blackness as their is way to many layers of motion here. At seven minutes they are not out to waste your time, by lulling you into a trance like state. On "Broken Hands" their is tangible soul running through the interplay of of guitar. With out a blast beat in ear shot, they explore other ways to throb with a melancholy heaviness. This is a lesson a vast number of black metal bands coming out these days could stand to learn from. Some riffs find themselves as the dark chasm between doom and black metal as they wail with oppressive sorrow.


You might have notice there is no need for me to dig for their influences. This is because they are buried so far below the surface and what the band does has such an immediacy such a excavation holds no point when describing their sound. They churn out a more conventional metal rumble on "Sorrow and the Floods". They roaring vocals almost have a sing song quality to their bellow. This is what atmospheric black metal should be. It has movement and flows as a solid wall of sound forward.There are some arpeggiated nuances to the guitar playing that add a more progressive tone. It begins to race with more of a black metal like momentum, before falling into a more melodic section. When the blast beats do come, then this band sounds just like everyone in their approach to handling them. The title track holds onto this momentum, but drives itself into a much more sonic place. They apply a good deal of restraint to this and allow the guitar some breathing room so it play a jazz like tenderness, before the return of the roar. They winds through some turbulent transitions  with grace, though there is so much going on in the din of this song that I had to listen to it a couple times to take it all in. This album does a excellent job of putting guitar solos to good use to create the mood rather than just a chance for them to blow their wads on the fret board.

there is a surprisingly tender touch to the first two minutes of  "Lungcrusher", before it swells into a slow tremolo picked wave of sorrow. I can hear this having the kind of sonics that fans of Deafheaven would enjoy. It doesn't sound like it's as fully realized of a song as it could be with a little more of a pay off coming from a bigger ending. It does however take you some where so is more than an outro and maybe a few more listens would make it really click for me. Overall this is a pretty impressive little album so I'll round it up to a 9.