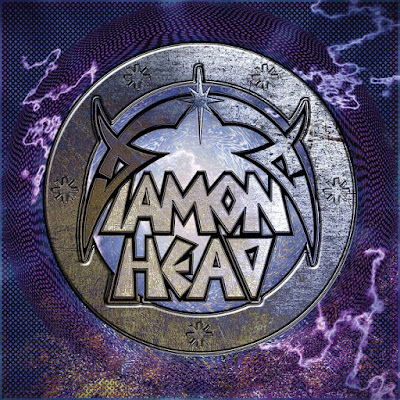 I was listening to this album after downloading it and explained them to my wife as 'the metal band from the 70s who wrote "Am I Evil". To which she replied "Well it sounds like they are still in the 70s." On the opening track I couldn't really argue their case. Guitarist Brian Tatler is the only original member, and every one else except for singer Rasmus Born Anderson from the 90's incarnation of the band. One question raised early on is "Why the hell would you call a song "Shout At the Devil" after Motley Crue pretty much owned the term in 83? It makes me unable to take the song's chorus seriously, despite the verses find the band in good form.

"Set My Soul On Fire" finds Anderson sounding more like Chris Cornell than Sean Harris, putting the band in more of  90's metal  zip-code. It is a pretty solid song and thing the yeah,yeah accents which would normally sound cheesy work here. Its too bad "See You Rise" isn't put together as well. "All the Reasons You Live" is driven by a simpler chug, that seems more like the band than the previous song, but feels too happy to be Diamond Head. Anderson, has a good voice, but sounds more radio rock than what Harris was originally going for. There is more of a rock n roll feel to boogie of "Wizard Sleeve". It's well played, just a little too upbeat to draw me in. They do get heavier for "Our Time is Now" which has a pretty cool bass line. 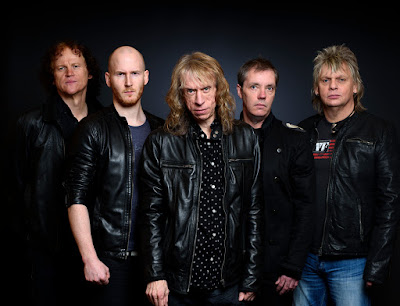 "Speed" reminds you how blurred the lines once where between metal and rock n roll. The singer is at his grittiest for this song, but he doesn't carry the same personality Harris did into these songs. The band returns to for with the classic metal sounding "Blood On My Hands". "Diamonds" finds the band staying strong on the heavier path. Things get interesting for the more exotic lead into "Silence". The songs almost rips off the riff from "Kashmir" , but it's largely forgivable and while it's not the album's best song it's still pretty damn good. Overall this might not be "Lightning to the Nations" , but it's a decent return to form I'll give it an 8 since the stakes were so high.