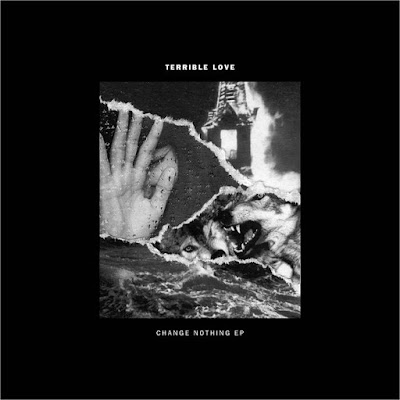 Hard-core with a British accent can rub me the wrong way as they never sound angry enough, so I had to go into this pretending it was more along the line of Iceage. Tonally these guys are pretty dynamic and have the sonic palate to create a dark enough sound, without having to go all Converge on us here. They often jangle more than they chug.Even when the pace picks up into a more frantic punk buzz, it's hard for me to think of these guys as hard-core. I like what they did on the first song more than where they go on MT. Misery. I don't need breakdowns, I do need the punch that they eventually find on this one.I suppose post-hardcore is a fitting title for what they are doing since it sounds more like angry indie rock. They are more introspective and emotive without going full blown emo on "They Need You". Then they get even darker on "Stone in me" which kind of falls out of the previous song, so I had to switch windows and see this was not just a transition "They Need You" made. The song does have a life of it's own. The narrative is more punk than hard-core in it's anger level. I played this for a friend and he thought they sounded like a hard-core band that had grown up. I can't help but agree, when it comes to the guitar playing which is not afraid to utilize a wide range of tones.


They take on a more ultra-sonic punk feel with "Sparrow". This is not make favorite song on the album as it is more straight forward and doesn't offers as many moods and colors aside from the shouted distress, It's not a bad song I just think the rest of the album is better. This is an impressive display of emotionally charged songs that won't bring back the ghosts of Myspace. I'll give this one a 9, it should make the trip over to the iPod. I am on a hardcore tangent this weekend so who knows what the competition is for these guys. They have raised the bar pretty high when it comes to down trodden thinking man's hard-core.