Mantar : "Ode to the Flame" 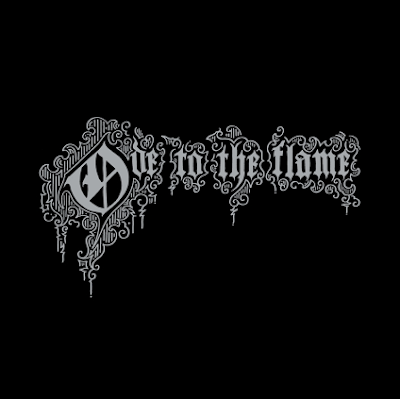 The German duo is back with their dense brand of often blackened metal. It's equal parts dark and raw with the grime stained sonics of sludge. This is my first go at these guys and I like the fact these guys don't  try to steam roll you , but  are able to stick and move rather than just hit you like a tank. Sure make no mistake heaviness that is clearly their stock and trade. "Praise the Plague' is more metal in some respects in others it has a crusty roughness. "Era Borealis" has a rough hewn groove to it with echoes of punk stomping through it's veins. The vocals stay at raspy bark. They let the chords breathe allowing the song to develop a sludgey seething. This vibe carries over in to "the Hint" taking a steady chug and riding it out into a more stacatto punched verse. The vocals  are layered so an more sung vocal line lies under the rasp. There is more of a bong bubbling stoner groove to " Born Reversed" . They return with more of a punk punch on " Oz".

The drummer plays with a lot of restraint very careful to serve the song which benefits songs' like "Oz" where the groove is such a focal point. The whole Entombed brand of d-beat is an undercurrent that runs under these songs, but they don't really join those bands to create something with that kind of thrash drive. "I Omen" has the raw power of Motorhead, but churns in more of a throb than just banging away with the band on of a punk band. They pound out a pretty powerful brand of black n roll on "Cross the Cross". When placing more emphasis in beating your ear drums into submission on "Schwanenstein" they lose a little of the menacing charm that gave personality to the songs earlier in the album.  "Sundowning"  closes out the album with more of a doomy slumber. They pick up into a gallop before dropping back down into the shadow of the valley of deathly beatings.

I'm pretty impressed by this one. They are going to need a few more listens, but as of right now I'll let it sit at an  8.5  and see if it compels me to return for more listens. If you need some sludge filled black n roll in your life this German band is certainly onto something on their sophomore effort. Nuclear Blast is blasting this out April 15th.